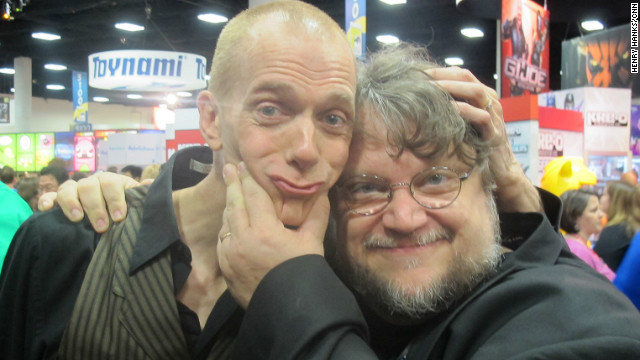 It was something to witness as Jones pointed out various fans he recognized in the crowd and waved at them, even "signing" messages to them as they waited patiently for face-to-face time. It's also not unusual for a fan to be enveloped in one of Doug Jones' famous hugs. END_OF_DOCUMENT_TOKEN_TO_BE_REPLACED 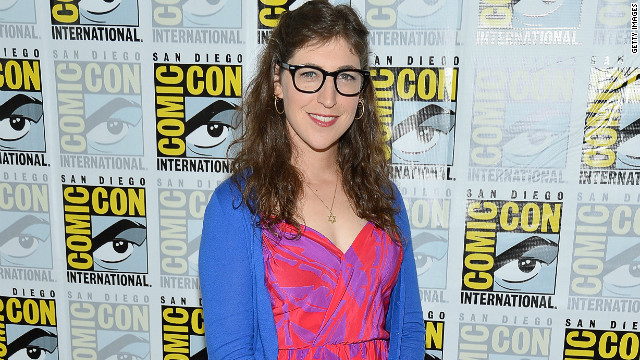 And the question on everyone's minds at Comic-Con when it came to her character, Amy Farrah Fowler (for which she was nominated for an Emmy on Thursday), was where her relationship with Sheldon (fellow Emmy nominee Jim Parsons) might go next. END_OF_DOCUMENT_TOKEN_TO_BE_REPLACED 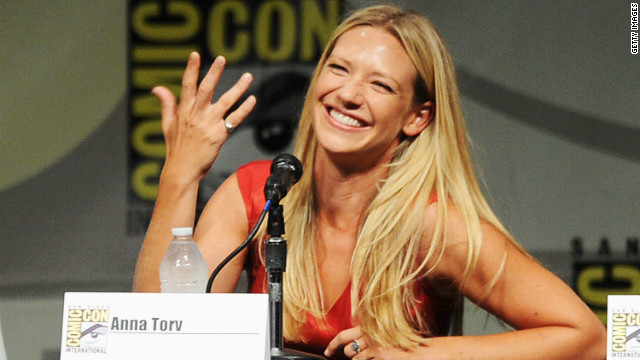 Anna Torv's sneak peek at the end of 'Fringe'

"Fringe" has taken so many twists and turns over four years, it's anybody's guess how the series will end for good this season. One thing's for sure: we'll glimpse more of the future.

We briefly met Peter and Olivia's grown-up child in 2036. What did Aussie Torv think of her TV daughter?

“She’s really sweet. And she’s Australian, so that totally works."

Of course, it's bittersweet when any show is coming to an end, and it becomes all the more real when there's a final San Diego Comic-Con panel to see it off. But Torv is looking on the bright side.

"We’re fortunate that we can end the show knowing that we’re ending the show," she said.

"Our writers are going to be able to do it justice, serving the viewers and serving us as well, because we’ve put a lot in. And we can make it count, knowing we can finish the game."
END_OF_DOCUMENT_TOKEN_TO_BE_REPLACED 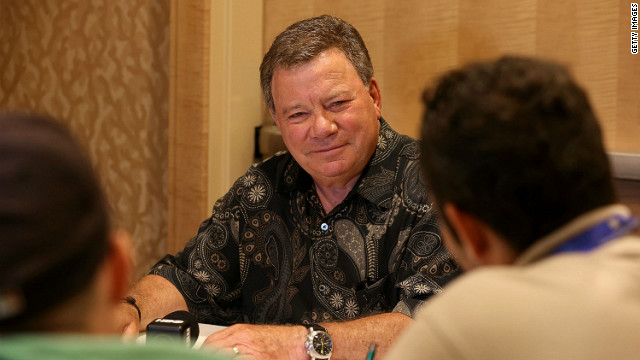 In 1969, William Shatner thought his iconic show's run was over.

“I finished ‘Star Trek’ late one night and everybody said goodbye and off I went, saying, ‘That’s the end of that show.' It was just a good show and that was the end of it."

Little did he know that the fans had other ideas; they wouldn't let the show  fade into obscurity. "Star Trek" conventions began in earnest.

As the years went by, Shatner wondered what motivated these fans to go to conventions year after year, so he embarked  on a sociological, anthropological study of "Star Trek" fandom that became a book and then a film called "Get a Life!" The works are based on a famous "Saturday Night Live" sketch in which Shatner went off on a tirade against "Star Trek" fans. The documentary is set to premiere on Epix on July 28.
END_OF_DOCUMENT_TOKEN_TO_BE_REPLACED 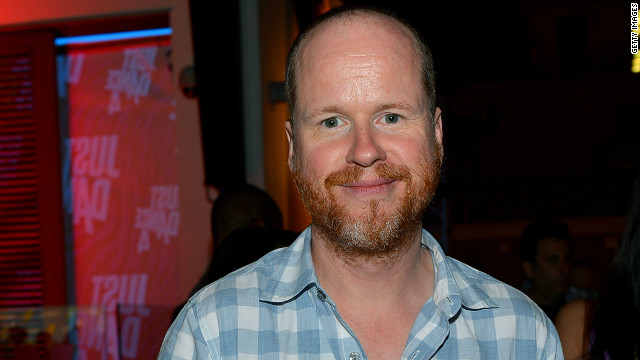 “I’ve just been trying to be with my family and trying to figure out who I am and what to do next," he told CNN Geek Out at Comic-Con. "It’s kind of an exciting time right now but it’s an exciting time of me waiting to make sure I don’t get so excited that I do the wrong thing."
END_OF_DOCUMENT_TOKEN_TO_BE_REPLACED