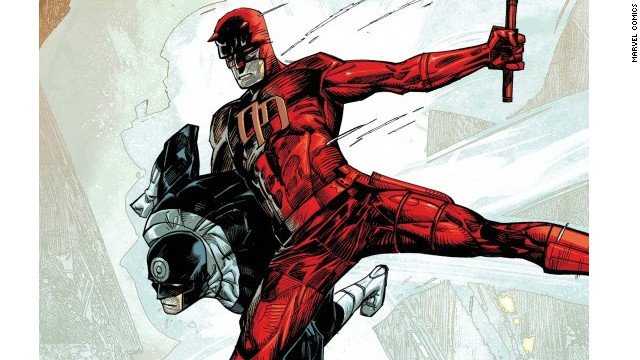 This week’s book is Marvels "Daredevil #7". This is a great book in what myself and Daniel Dean from Titan Games and Comics in Smyrna, Georgia, think is easily among the best new series to come out in 2011, superhero or otherwise.

Dean said he believes this is the best "Daredevil" run (sequential issues of comic books with the same writer at the helm) in the past decade.  This series started by building a challenging new context for Matt Murdock (also known as the book's titular superhero, Daredevil) and company to live in and is now carrying those contexts to their logical extremes.

Writer Brian Michael Bendis outed Daredevil's secret identity. By the end of Bendis' run with the "Daredevil" title, Murdock was in jail, which was where writer Ed Brubaker picked the book up. Brubaker's run shows Murdock losing much more than his freedom. Some bad decisions, and bad company, on Murdock's part led to his literal possession by a demon. In the wake of the havoc Murdock wreaked while possessed, writer Mark Waid ("Kingdom Come," "Superman: Birthright," "Marvel Comics' Captain America") and an A+ art team pick up the storytelling.

The introductory story of this run saw brilliant interpretations of Murdock's supersense abilities both logically and artistically, as well as Murdock's new status as a professional legal consultant. Waid has also woven major implications about the Marvel Universe and plenty of hot water for Murdock into his story line. END_OF_DOCUMENT_TOKEN_TO_BE_REPLACED 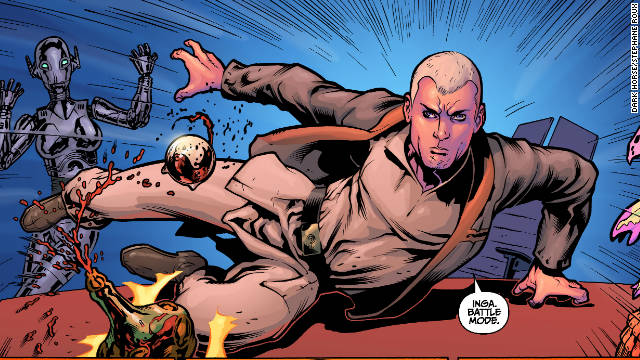 As a huge Star Wars fan, I was excited when Daniel Dean, my comic guru at Titan Games and Comics in Smyrna, Georgia, pointed out "Star Wars: Agent of the Empire – Iron Eclipse," as a book to read this week. It's a promising comic book launch from Dark Horse Comics, John Ostrander, and Stephane Roux.

"Star Wars" is both a world and a brand which manages to continually inspire and attract people despite some of the more disappointing aspects of the franchise. What's nice about "Iron Eclipse" is that it requires only a basic familiarity with "Star Wars" - you won't be out of your depth if you haven't, like me, memorized Wookieepedia. This is the first book of a five-issue miniseries, so there's the added bonus that jumping into "Iron Eclipse" is a short-term commitment for any prospective reader.

The premise of this miniseries - the Empire's own James Bond agent who crushes the Empire's enemies with the help of a fembot sidekick - is what has Dean excited about this book, since he's a big Ian Fleming fan. Roux's penciling work injects just the right amount of smarm and lots of energy into this book for a great 007 spin.

But it's really Ostrander who is the biggest draw for Dean, and it was infectious to witness his excitement about the author.

Ostrander, Dean told me, has been one of the best writers in comics for as long as most of Dean's customers have been reading comics - in some cases longer than they have been alive. In fact, neither Dean nor I have read an Ostrander-penned comic book that we didn't enjoy. He has the kind of writing pedigree that can actually pull off a mash-up of "Star Wars" and "James Bond" - he's known for writing super-capable yet morally gray government agents like in "Suicide Squad" for DC as well as creating the very successful, very popular "Star Wars Legacy" comic for Lucas and Dark Horse.

I hope that Titan has enough extra copies on Wednesday, especially since we both hope to set one aside as a stocking stuffer for Star Wars-mad friends on our holiday shopping list this year.

Here are some of the comics scheduled to hit the shelves on December 14. Your local retailer will probably have these and others, so make sure to check with them for more details.