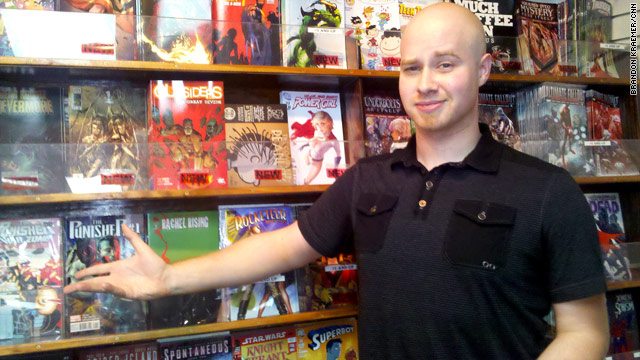 We sat down with him to talk about the current state of the comics industry and how the staff and customers of his little brick and mortar are reacting to the latest buzz. Specifically, Overton told us how comic book buyers are actually reacting to DC Comic’s plan to start 52 of their superhero comic books back at issue number one, rival publisher Marvel’s tit-for-tat and alternative publishers. Here’s what he had to say: END_OF_DOCUMENT_TOKEN_TO_BE_REPLACED