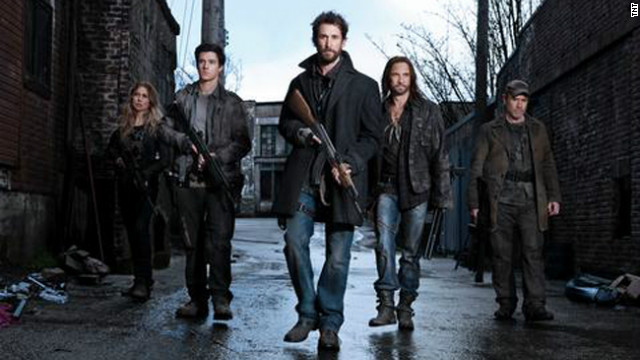 If aliens attack, this is who you want fighting on your side

Don't panic but our planet is in dire need of saving – from alien invaders. At least, that's if the impending summer blockbuster movie season is any indication.

The immensely successful super hero supergroup movie "The Avengers," directed by Buffyverse maestro Joss Whedon, was not only the beginning of the 2012 summer movie season, it also signaled the potential end of Earth unless a super-powered resistance can fight off godlike aliens. Then Peter Berg’s "Battleship" – an alien invasion flick based off the board game and starring Liam Neeson – came ashore on May 18. Memorial Day weekend unleashed Barry Sonnenfeld’s "Men in Black III" with Will Smith before Ridley Scott’s "Alien"-esque prequel "Prometheus" opened up on June 8. The fallout of the alien invasion on "Falling Skies" is particularly nitty-gritty: The post-apocalyptic world of the 2nd Massachusetts human resistance regiment returned to the airwaves this month with the show's second season.

So what does all this potential destruction of humanity mean? Well, we humans certainly love to watch films and television shows where our lives and planet are put in danger, but the appeal goes deeper than that. Audiences can deal with humankind on the verge of an extinction event as long as there a few good men and women willing to put up a fight to the finish. We love to watch a kick-ass leader emerge even if his efforts don't ultimately stop an invasion. To borrow from Bonnie Tyler, we need a hero whose got to be strong, sure and larger than life – and being smart and funny also helps to cope with the stress of saving the planet and inevitable whining of weaker characters.

With those characteristics in mind, we give you Paranormal Pop Cultures' best human resistance leaders to face off against otherworldly threats. END_OF_DOCUMENT_TOKEN_TO_BE_REPLACED