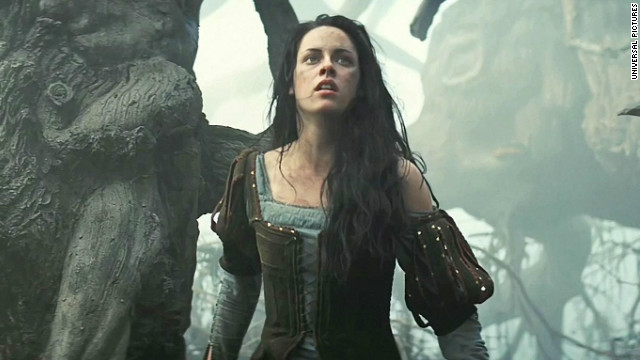 Wielding a sword and embarking on a quest to vanquish an evil queen does not a warrior princess make. What it does make, however, is about $56 million and a top spot at the box office.

Released last Friday, the movie “Snow White and the Huntsman” is an attempt to launch a female-driven fantasy franchise. Based on the money it is pulling in so far, that attempt will likely succeed, but the movie falls far short of being a story worthy of the genre. And for fantasy nerds who have come to expect more from female protagonists, this armor-plated princess flick will not be the one to rule them all.

Within the fantasy genre, the exploration of humanity – in both its selfless acts and depraved depths – is what makes these stories of myths and magic more than just swords-and-orcs tales. J.R.R. Tolkien, Marion Zimmer Bradley, Robert Jordan, Stephen King, J.K. Rowling and many other fantasy authors know this when they put their characters on a quest.

The quest is clear with “Snow White and the Huntsman.” Instead of an animated Disney film with a porcelain-skinned heroine, this outing stars Kristen Stewart (the “Twilight” films) as the eponymous heroine from the Grimm fairy tales. The movie tries to go in a, well, grim, direction by making Snow White a virginal, innocent hero who escapes the clutches of her sorceress stepmother (Charlize Theron) and then returns to take her out.

Joining her on the journey – because the queen has been sucking life and youth from their lands – is an assassin- cum-protector Huntsman (Chris Hemsworth), seven bandit dwarves (including Bob Hoskins, Toby Jones, Ray Winstone and Nick Frost) and the fairy magic of the forests which has deemed Snow “The One.”

But trading in on a reinvigorated fascination with fairy tales, and the popularity of “Twilight” (Stewart as Snow sports her same Bella Swan grimace and is caught between two suitors), the film fails to develop a believable heroine on a mission. It opts instead for a character who rapidly transforms from a pouty ragamuffin captive to a pouty source of light magic, and leader of men. END_OF_DOCUMENT_TOKEN_TO_BE_REPLACED