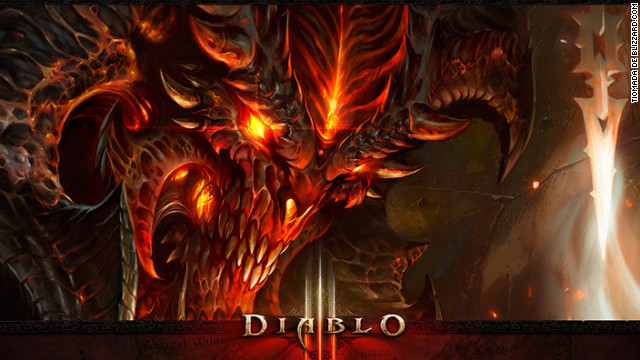 But after that first week of jumping back into the world of "Diablo III," I realized something was different.

I still wanted to play. And it still felt addictive. The game was just as well-made as one would expect, and it really had a lot of marked improvements from "Diablo II." Yet I had mixed feelings about playing it as often as I played its predecessor.

It wasn't until I was struggling to pencil game time into my daily schedule that it came clear to me: I never had to do that before. Because when "Diablo II" was in its heyday, I was in my early twenties - and I had all the time in the world to play video games.

I joke about being too busy writing about video games to actually play video games all the time, but this was the first time I actually realized the level of conflict involved. As much as I wanted to play, I also had a lot of other things I wanted to do. It wasn't just annoying, grown-up responsibility stuff like cooking dinner or taking the car in for a tune-up. I wanted to do other things that included getting off the internet and going outside.

I was threatened by the realization. Did this mean I'm not a gamer anymore? Am I not truly dedicated to the medium, the way I once was?

When I wrote about "Journey," I talked about how well that game suited me - and how its short length, themes, and overall presentation resonated with me in a way that many of today's titles do not, no matter how well made they may be or how much fun they are to play.

Somewhere in the midst of my Diablo revelation, it came clear that the type of gaming we require to be entertained may change for each of us over the course of our lives. There's nothing to be frightened of when something that once fit us like a glove doesn't fit quite as well.

Will I stop playing "Diablo III?" Absolutely not. Just because I can't spend ten hours a day playing it doesn't mean I don't still enjoy the game. It's great fun. It's also something that I can only take in small doses.Unlike ten years ago, when I could play it with no limits, now I can only click my way through an hour or two of determined demon slaughter before needing to do other things.

There's some part of me that misses being the kid that played it without a care, of course. That was a golden era.

But as I learn to enjoy "Diablo III," I also learn that while the way you play games may change, there's an essential element about the experience that never can.