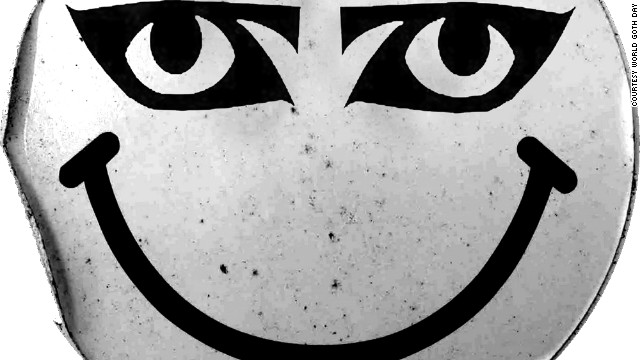 The dark side of World Goth Day

Dim the lights, slather on your eyeliner and get ready to sway in place to the strains of the Sisters of Mercy: May 22 is World Goth Day.

Every day is Halloween to devotees of Gothic music, art, fashion and lifestyle, but this spring celebration is a chance to shed some light on an often-misunderstood subculture. Ask a dozen self-described Goths what the word means, and you'll get 12 different takes, but generally the underpinnings of the aesthetic could be described as "dark." It's life scored in a minor key but not necessarily as morbid or death-obsessed as it's often made out to be.

For every faux fang-wearing, coffin-sleeping, blood-obsessed princess of the night or neon-dreadlocked Cybergoth, there's a pink ruffle-bedecked Gothic Lolita or a 40-something administrative assistant at his desk wearing a Polo shirt and listening to a Cure/Bauhaus/Siouxsie and the Banshees mix on Spotify. What unites them is an appreciation of another kind of beauty - and it's often met with some hostility.

While World Goth Day is being celebrated globally with awards, events, music and general online revelry, the organizers are also using the day to educate the general public about acceptance and compassion for cultures outside the mainstream.

In 2007, Sophie Lancaster and her boyfriend, Robert Maltby, were walking through a park in Lancashire, England, when they were attacked by a group of five teenagers. Maltby suffered lasting brain damage, and Lancaster died as a result of her injuries. A Lancashire Police detective characterized this as one of the most violent murders he'd ever come across, and according to testimony, it was all done for the sake of fun. Lancaster and Maltby were attacked because they were wearing Goth clothing.

The case raised awareness of the issue of tolerance and gave rise to the Sophie Lancaster Foundation, a charity that "challenge(s) the prejudice and intolerance towards people from alternative subcultures" and works to have the UK Hate Crime legislation extended to include people from “alternative subcultures” or “lifestyle and dress,” but its work is far from over. In February, a 32-year-old expat Texas mother was badly beaten by a group of Edinburgh, Scotland, teenagers who wished to punish her for her "Goth" appearance (she says she's not part of the subculture).

Goths and emos suffered a wave of brutal attacks in the streets of Mexico throughout 2008, and in 2009, Goth-attired bride Lucy Emmingham spent her wedding night in the hospital after three men beat her in the street because of her appearance. In 2011, 22-year-old Melody McDermott suffered a broken eye socket after being punched in the face on a Manchester train platform, reportedly as a result of her Goth attire.

But despite the prejudice and potential for deadly dislike, on May 22, Goths are coming out of the shadows and demanding respect. As the founders of World Goth Day proclaim on their website, "There are quite a few Goths who have fought damn hard to retain their identity despite peer pressure, family pressure and indeed, any pressure to conform.

"And if you've gone to all that trouble to preserve what you believe is the 'real you', don't you think you owe it to yourself to shine for a day?"

Have a favorite Goth song, film, website or work of art? Please share it with the rest of the class in the comments below.

Previously: Where my Goths at? and How the Cure saved my life