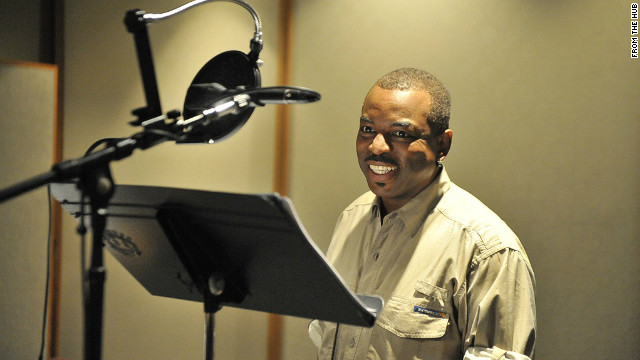 "Who didn’t love cartoons?" he said. "I’m no (cartoonist) Walter Lantz, but I do love doing cartoons that have some consciousness about them. 'Captain Planet' did, and 'Rescue Bots' does as well: pro-social messages for really young kids, all disguised in ‘Transformers’ vehicles, pardon the pun. So it really works for me."

But he's still involved in live-action TV, too.

Burton played into his geek icon status last year, in back-to-back appearances as himself on geek-friendly comedies "Community" and "The Big Bang Theory," two of Burton's favorite shows.

But now, with "Star Trek: The Next Generation" celebrating its 25th anniversary, the actor is reflecting on his role of Geordi LaForge.

“I have always been a fan of ‘Star Trek.' I love Gene Roddenberry’s vision of the future," he said. "What Geordi has done for me is cemented in this wonderful mythology, of a character and a presence that I’m absolutely proud of. I’ve really been honored to contribute to the canon, because it meant so much to me as a kid.'"

And what about the current series of "Star Trek" films, the second of which is currently in production? Burton said that the entire "Next Generation" cast would love "one final opportunity to really say goodbye," somehow.

"I love (J.J. Abrams' 'Trek'). I'm disappointed it ignores our timeline, but it's 'Star Trek.' Perhaps he will find a way to incorporate it and hopefully he does. It's a huge part of the canon. It would be a shame not to acknowledge it."

More than anything else, though, Burton is passionate about literacy, and he hopes to relaunch "Reading Rainbow" in digital form.

“Our educational system is really crumbling," he said. "So it’s always been part of my agenda to use technology in a way that really stimulates, excites and promotes learning. I'm excited to see how current and future technologies revolutionize the way we learn."

Burton said he believes the invention of the mobile phone had to have been inspired by technology seen in "Star Trek," and he calls that a true triumph of geek culture.

"Geeks have gone on to inherit the earth, and it’s our time to shine, man.”