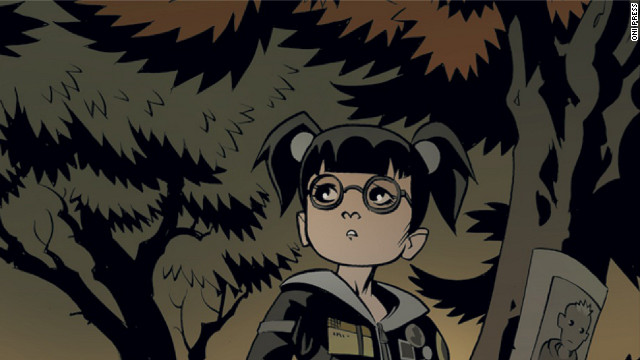 Fans of “Sabrina the Teenage Witch” who wanted a deeper, more mature story, your cries to the comic goddess have been answered. Today sees the release of Oni Press’ “Courtney Crumrin" No. 1, the start of a monthly series. This issue is a wonderful introduction to the character and her family.

For folks who are new to the Courtney Crumrin world, there are two trade paperbacks out.

Daniel Dean of Titan Games and Comics in Smyrna, Georgia, shared his perspective: “Ted Naifeh, writer and illustrator of 'Courtney Crumrin,' was first brought to my attention when I did an interview with Jennie Breeden, Georgia-based creator behind the successful webcomic Devil's Panties. I was already reading a lot of the other things she recommended so I figured, I've got to check this guy out, right?”

“Boy, I'm glad I did. While I'm more of a ‘Polly and the Pirates,’ also by Naifeh, man myself there's absolutely a spot in my heart for Courtney Crumrin, teen witch protagonist of a self-titled series of arcane adventures that puts Sabrina to shame.” END_OF_DOCUMENT_TOKEN_TO_BE_REPLACED 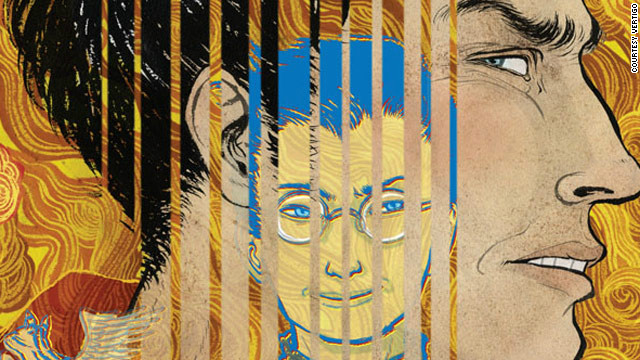 An otaku lost in superhero territory

Where do I begin to read an American comic series? Do I have to start at the very beginning?

These are thoughts that run amok in my brain as I stand in the comic store, a place I love to go because of its naturally nerdy trappings. I've been going since I was about 14, actually. You'd think by now I'd be well-versed in what comic book series I like, but in fact, I'm not.

Every time I go, I wander the shelves looking at titles people tell me are good, but still feeling not quite right about making the investment and walking home with a book in hand.

A few years after I started wandering into comic shops, I discovered anime and manga and felt that I'd found my calling.

Manga is not afraid to take pause. It's alright with long silences and time spent to contemplate, just like most of Japanese media is (Haruki Murakami's work is a good comparison). While manga looks cute and innocuous, it still has a courage that I believe Western comics once lacked. It invites readers to form long relationships with the story's characters, to look deeply into them and look into ourselves in the process.

Before discovering manga, I thoroughly searched my comic book store for inspiration. Although I liked the iconography of American superhero comics, I wasn't compelled to read them. I tried "X-Men" and "Excalibur," but neither ignited my passion in a way that made me want to go back and read more.

That didn't happen until I discovered "Sandman," one of the few comic series I faithfully read from the first issue to the last. I was drawn in by the Dave McKean covers first, unlike any art I'd seen before. But Neil Gaiman told stories the way that no other comic book did - he forayed into fantasy worlds, speaking a language that made perfect sense to me.

So I knew that the Western comics I could love as a manga devotee were out there. But I still felt lost about how to discover them. END_OF_DOCUMENT_TOKEN_TO_BE_REPLACED