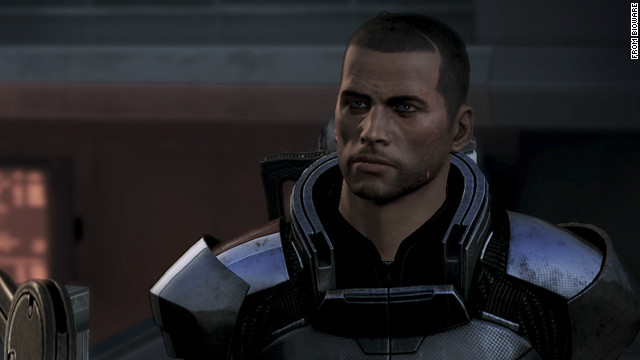 'Mass Effect,' indeed: How one game changed the industry forever

Editor's Note: Colette Bennett is CNN Geek Out's main Otaku writer. She has written for several gaming blogs, including Kotaku, Destructoid, Gamasutra, GamesRadar, Touch Arcade and GameSugar. She also runs a personal blog on gaming, which can be found at blowinthegameslot.blogspot.com.

Today, the gaming industry was permanently changed by a single step, proving that fans, if they voice enough dissent, have the power to change the ending of a published game.

BioWare, a subsidiary of gaming powerhouse publisher EA and creator of the popular "Mass Effect" series, announced today that it will release an "Extended Cut" version of the final installment in the series, "Mass Effect 3." Normally, that wouldn't be news, as downloadable content for released games has become somewhat of an industry standard.

However, the voices of displeased fans are what drove this decision.

Shortly after its release, people who faithfully played every title in the series started to complain that the ending was a disappointment.  The heart of the dissent settled around the sentiment that it strayed from a key feature of the previous installments in the series: that they had challenged players to make carefully crafted decisions that seemed to closely affect the direction each person's game took. But in the end, those decisions were for naught.

A recent survey found that 58% of the fans who played "Mass Effect 3" hated the game's conclusion.

"It made me, the player, irrelevant," says devoted series fan Ian Hoopes.

"I played more than 100 hours of a video game series that went through ups and downs," Hoopes explains. "I developed huge attachments to characters, especially Garrus and Tali, and I valued their feelings and opinions, which I felt were truly developed. In my experience playing the game - over 100 hours spent on "Mass Effect 3" and five additional years of "Mass Effect" gaming - the ending tried to distill the entire journey into three rigid, ambiguous decisions that made me feel left out in the cold."

"I went from being Shepard (the game's central character) to just watching Shepard through a movie screen. Worst of all, according to the ending, my Shepard died. I know sacrifice was inevitable, but at the same time, I feel like my Shepard had so much to live for and he would have worked, would have tried to find a better answer," Hoopes said.

As other gamers finished playing, forums were abuzz. Facebook pages united fans with the desire to demand a better ending from BioWare. A petition (called "Retake Mass Effect") raised $80,310 and donated the proceeds to the gaming charity Child's Play. The founders of the Retake Mass Effect movement state on their website, "We would like to dispel the perception that we are angry or entitled. We simply wish to express our hope that there could be a different direction for a series we have all grown to love."

The game was released on March 6, which dates BioWare's announcement of new content at just under a month later.

BioWare co-founder and general manager Dr. Ray Muzyka issued a statement saying he hopes this new content "will give fans seeking further clarity to the ending of 'Mass Effect 3' deeper insights into how their personal journey concludes."

"Since launch, we have had time to listen to the feedback from our most passionate fans and we are responding," he said. "With the 'Mass Effect 3: Extended Cut' we think we have struck a good balance in delivering the answers players are looking for while maintaining the team's artistic vision for the end of this story arc in the 'Mass Effect' universe."

Their official blog post on the release states that the new content "offers extended scenes that provide additional context and deeper insight to the conclusion of Commander Shepard’s journey."

As a gamer, I respect BioWare's desire as a company to satisfy their devoted fans. I hope that the fans that were disappointed in the ending find something more here to make them feel that their time investment has not been wasted.

On the other hand, it's obvious that this marks the opening of a door into a new era for the gaming industry.

Fans have had say before on elements of games they didn't agree with ("Eve Online" and "Star Wars Galaxies" also changed partially due to fan dissent). However, the crucial difference is that those titles were MMOs, which are consistently changing beasts to begin with. "Mass Effect 3" was a released game with a decisive ending that most gamers hated. But was it simply rushed? Or was there more to why it didn't resonante with longtime fans?

"It's not really that the ending felt rushed," says Burton Durand, comic artist and devoted "Mass Effect" fan. "It felt like a completely different team of writers worked on it. It felt completely out of left field, and seemed to ignore many of 'Mass Effect's core themes."

"The game is never really about Shepard - it's about bringing people together to surmount an impossible enemy. But this ending made it about him. Or, specifically, his decision that is completely unassociated with any other decision or consequence previously presented in the 100+ hours that gamers have put into this universe."

By telling the world that the game did not satisfy them, gamers learned one very important lesson today: They can be more powerful than the people who are making the games they consume. Today, they succeeded.

What is to keep them from succeeding again in the future?

In this case, BioWare clearly communicates that they care more about what we as consumers think than they do about the product they just released. And as a longtime gamer, I find that says something pretty significant about the art they create: They aren't so sure about it in the first place.

CNN spoke to "BioShock" creator Ken Levine on the topic recently, and he believed the petition to change "Mass Effect 3" was interesting and a bit strange.

“At the end of the day," he said, "is that going to be satisfying for the reader? That their game now ends the way they’ve asked for it to end? It is, by nature, somebody enforcing their creative will on you. That’s what being a viewer is. Games are a little different as you interact with them. That’s not what they’re really asking for. They’re not asking for an interaction change. You’re asking for a storytelling change.

“Part of the joy of experiencing art is surrendering yourself to it. Sometimes it is a good experience and sometimes it is not. But I don’t know if it works that way.”