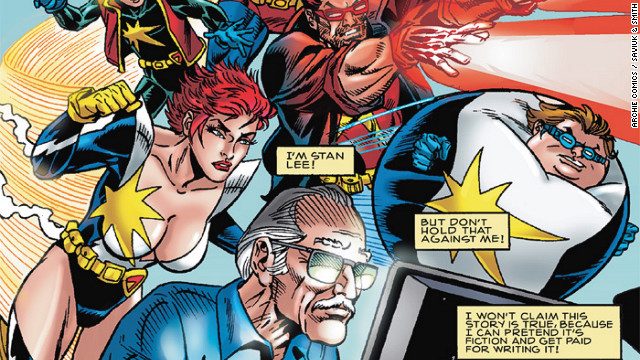 Reality comics: Not as bad as it sounds

You probably know who Stan Lee is , even if you don't read comic books.

Lee is the co-creator of Spider-Man, the Hulk, the X-Men, the Fantastic Four, Iron Man, Thor and the Avengers, just to name a few of the feathers in his cap.

The first issue, titled, "How it all Began!" is a sensational new superhero book that, as is the signature of all Archie Comics, is fun for the whole family.

The comic tells the story of what happens when a crew of alien prisoners and their jailers blast across the galaxy and their ship lands at the feet of Stan “The Man" Lee himself. And that's where the real ride starts. END_OF_DOCUMENT_TOKEN_TO_BE_REPLACED