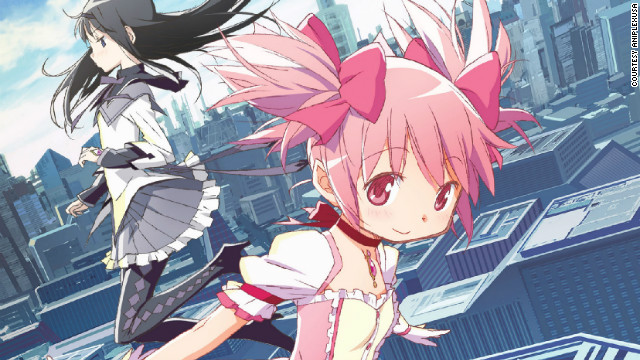 If there's anything that anime fans love to do, it's to argue about anime.

Merely proving the point, Japanese website biglobe recently published a top 50 list of the most overrated anime series of all time. The results were culled from a poll of 33,000 votes. While beloved titles like "Neon Genesis Evangelion," "Bleach" and "Naruto" made the list, as expected, they did not rank in the top 10.

The No. 1  slot was held by "Madoka Magica," a 2011 series about a "magical girl" named Madoka Kaname who makes a trade with a spirit to become a magic user in exchange for the granting of a single wish. The show spawned multiple spinoffs, including several mangas, two video games and a novel, and was licensed for the U.S. market by anime distributors Aniplex USA.

American sites such as Crunchyroll posting about the top 50 list saw commenters arguing the selections fervently. It brings up the question: What qualifies an anime as overrated, anyway?

"Personally, I don’t think there’s any such thing as overrated anime, anime guilty pleasures, or any other such subjective and generalized categories worth taking seriously," Macias said. "This, however, is just my personal opinion."

"Every anime fan seems to have plenty of opinions of their own and loves to endlessly debate them. No matter what the topic,
discussing them is an essential pastime of anime community the world over."

The anime fan community is passionately driven by discussion, and websites like 2chan and 4chan have long been popular landing pads for people to talk about the best shows, the worst shows, and why they watch them. These communities are also well known for starting threads about popular shows during their actual airtime in order to conduct live discussions of each episode.

So why  is a series like "Madoka Magica" so popular that even fervent fans are tired of talking about it?

"Madoka Magica captured me by telling a very well executed character drama carved out of a very basic genre shell, " says Elliot Trinidad, cosplay photographer and video game designer.  "It's true that other anime/media have asked the same questions - essentially: What if being a world-saving hero was more curse than blessing? - but animation studio SHAFT did it with an incredible polish. As you watch episode by episode, rewarding mysteries will draw in the dedicated viewer. Encrypted alphabets, references to Goethe's Faust, even Buddhist themes of the cycles of suffering; all speculated & dissected by an audience hungry for more challenging anime. It is to both the producers' and fans' credit that Madoka Magica has built up such a rich world of mystery and fantasy out of 12 little episodes."

"But, like anything that asks viewers to dedicate and invest, it's pretty easy for outsiders to take Madoka Magica at face value: as a hyped up merchandise train, hailed by a loud fanbase, for an anime trying 'too hard' to be dark & different."

Trinidad believes that the brightly colored magical girl candy coating actually cloaks a much deeper show, which in turn has given fans reason to clamor and analyze it down to the detail.

"The commercialized first-impression you get from the Madoka Magica girls is just as much a deliberate commentary on that kind of commercialization in the first place. The characters' interactions, and the choices they have to make, are unexpectedly deep for the color-coded teenage heroes that anime fans are used to."

Obviously, some fans are over it, regardless of the depth it may possess or  the appeal it may present to others. If a fan falls in love with a show that is less critically acclaimed but just as good, they may feel slighted that those don't make it into the spotlight and instead the market is glutted with girls in pastel costumes brandishing wands.

"I think it’s just a backlash to the shows that have been dominating fandom for the last few years, " Patrick Macias says of the fan reaction.

"If you walk into any anime shop in Japan, these will be the shows crowding out all the others for space. People either want to see their personal favorites represented or (hopefully) find something new that appeals to them."

Regardless of what's currently popular in the Japanese anime market or what's deemed overrated, one thing is for sure: The fans are still talking.

Do you feel highly popular anime is overrated? If so, which ones, and why do you think they don't deserve the spotlight?