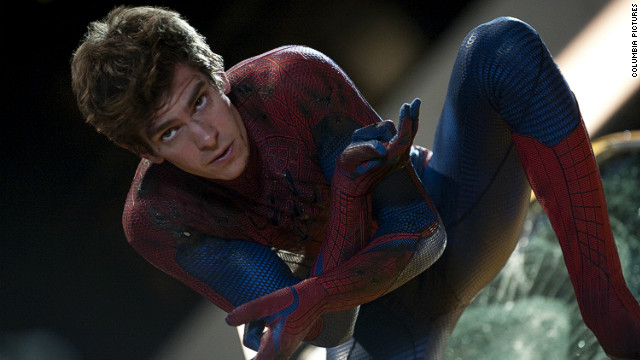 Between the spots that aired during the Super Bowl and today's fresh clip for "The Amazing Spider-Man," it's beginning to feel a lot like trailer season.

The new clip for Marc Webb's take on the comic book hero begins with Gwen Stacy (a blonde Emma Stone) asking Andrew Garfield's Peter Parker how he got outside of her window. He tells her the fire escape – but "it's 20 stories," she replies. "The doorman's intimidating," he fires back.

We're liking this take on Spidey, which Webb told fans during Sony's roll-out of the clip Monday evening is a "more realistic, more naturalistic Peter Parker," according to Comics Alliance.