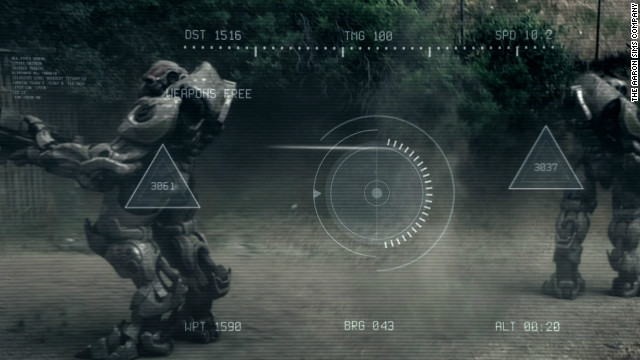 As the phenomenon of fanfiction – fan-written stories based on existing sci-fi/fantasy/horror franchises – became an Internet mainstay, videos of beloved franchises became a natural extension of fan expression.

"New Voyages: Phase II," for example, got the attention of original "Star Trek" series actors George Takei and Walter Koenig, who reprised their roles as Sulu and Chekov for the fan video.

Comic books and anime also get the fan video treatment. The fan who created the recent "Voltron" short, did so in part to show that he could possibly direct a feature film.

And that seems to be an inspiring concept. Fan conventions like Dragon*Con in Atlanta, Georgia, are increasingly including panels on how to create science fiction and fantasy content, from books to online comics to films.

Aaron Sims, a concept artist,  has taken this notion to heart and created a film based on his own science fiction idea.

"I see (film making) as something even non-professionals will do," Sims said, citing the progress of digital technology and how some visual effects houses are bypassing traditional film making hierarchies by creating their own films. He thinks if you have passion, patience and technology, you can bring to life any science fiction concept.

Sims' film, "Archetype," is about a robot who becomes self-aware. He hopes someone will see his video and decide to fund a feature film based on his original characters.

CNN Geek Out spoke with Sims, to find out more about his movie and the fan-made trend: