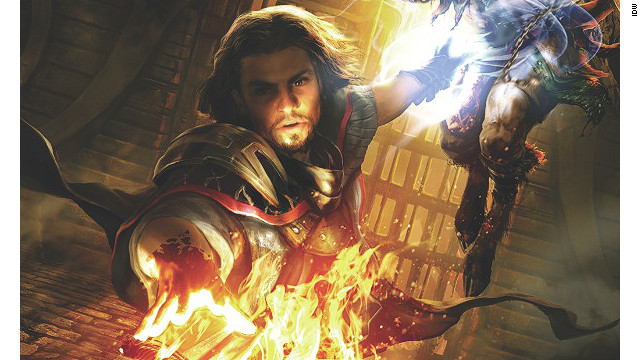 Make sure all your manna is tapped before attacking this week’s pick.

If you've ever walked into a comics shop, you've probably seen people playing “Magic: The Gathering” or, at the very least, seen the cards for sale.

Not a big “Magic” player myself, I reached out to my go-to guy for all things comic and gaming-shop related, Daniel Dean from Titan Games and Comics in Smyrna, Georgia, and asked him to let us in on the secrets of “MTG.”

"'Magic: The Gathering' has stood the test of time for three reasons," Dean said. "Deep and complex gameplay that builds from a simple thesis of 'have land/do stuff,' the shrewd marketing and official play support of [game creator] Wizards of the Coast, and the continued availability of the product not just in comic shops but major retailers like Wal-Mart or Barnes and Noble.” END_OF_DOCUMENT_TOKEN_TO_BE_REPLACED