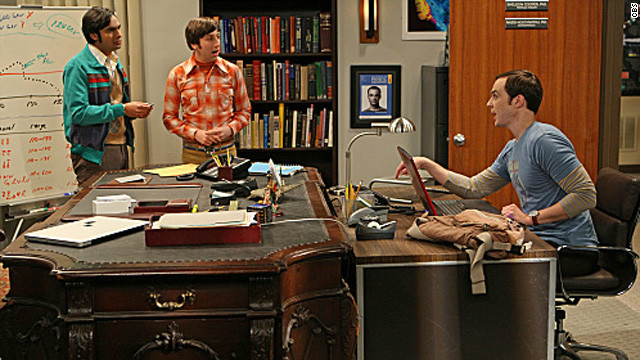 Here are a few things that superfans in the geek community are buzzing about this week:

Have nerds conquered TV? "The Big Bang Theory" beat "American Idol" in the all-important 18-49 demographic this week for the half-hour the two shows went head to head on Thursday. [New York Times]

There's more where that came from: CBS has ordered the Conan O'Brien-produced "Super Fun Time," a comedy revolving around nerdy women. [Twitter/@RebelWilson]

Joss Whedon tweeting! For 30 minutes anyway. It was announced that the writer/director will be joined by old Twitter pros Tom Hiddleston and Clark Gregg on Tuesday at 2 p.m. ET @Avengers.

Do you think "The Amazing Spider-Man" movie is a reboot? According to the synopsis, it is an "untold story that tells a different side of the Peter Parker story." So it may depend on your definition of the term. [Marvel.com]

It's not looking too good for a new "Ghostbusters." [MTV]

Yes, Virginia, there was almost a 1970s TV series about Daredevil and Black Widow. [Comicbookmovie.com]

Brian Michael Bendis told fans to stay hopeful about the FX TV adaptation of "Powers." (Titus Welliver told CNN about his character, Triphammer: "He's very powerful and he uses his power for good but he sort of has a proclivity towards kink and weirdness which makes him a flawed, fallible and realistic character rather than ... you know, he's not Clark Kent!") [@BRIANMBENDIS/Twitter]

Just in time for the 30th anniversary of "Macross" comes a Blu-Ray boxed set (to Japan, at least). [TheBluRayBlog.com]

Speaking of home video fun, the first season of the 1980s "Pac-Man" animated series is coming to DVD. Really! [TVShowsonDVD.com]

Another look at "The Secret World of Arrietty." [Anime News Network]

Sci-fi/fantasy genre movies to for Oscar gold: 11 nominations for "Hugo," four for "Midnight in Paris," three for "Harry Potter & the Deathly Hallows Part 2" and "Transformers: Dark of the Moon," and one each for "The Adventures of Tintin," "The Muppets," "Real Steel," "Rise of the Planet of the Apes," (sorry, not Andy Serkis) "Rio" and "Time Freak," as well as the animated features and shorts categories. [Oscars.org]