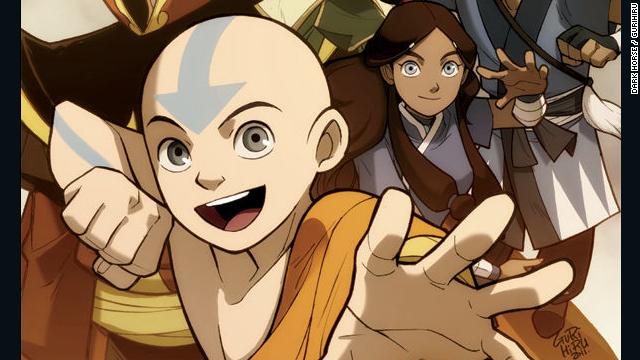 The recommendation this week will, with any luck, help you forget a certain big-budget live-action film that disappointed both fans of the series that inspired it and people who'd never seen the series.

I've been looking forward to the release of Dark Horse’s “Avatar: The Last Airbender - The Promise Part 1” from the moment it was “advance-solicited” (a geeky comics-industry way of saying “announced”).

Our friend Daniel Dean from Titan Games and Comics in Smyrna, Georgia, is excited too. And apparently we’re not alone.

Dean said he’s been “fielding questions from kids who saw ads for it online and parents who earmarked the solicitation for purchase come January.”

As to his own excitement? “My wife and I are big fans of the series ‘Avatar: The Last Airbender.’ We were this close to naming our dog after one of the characters,” he said.

Young and old, a lot of very devoted fans have been attracted to the series, which ran on Nickelodeon from 2005 until 2008. That’s evident in events ranging from the AV Club's series of in-depth dissections of the show's themes and threads, to the electricity last week when advance previews of a follow-up series, “Avatar: Legend of Korra,” were leaked. END_OF_DOCUMENT_TOKEN_TO_BE_REPLACED