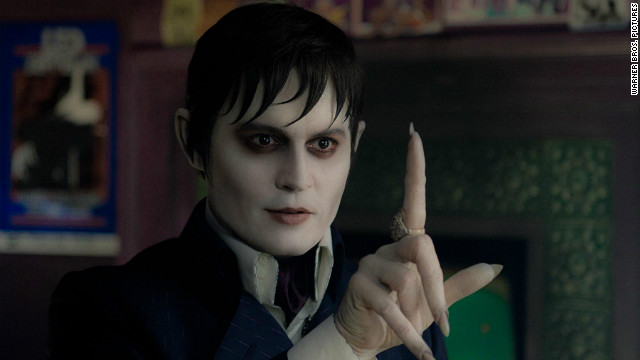 Here's a look at some of the stories that had superfans in the geek world buzzing this week:

A first, close-up look at Johnny Depp in the upcoming Tim Burton film version of "Dark Shadows" (see above for one of the photos). [Twitter/@Wbpictures]

You might have heard something about George Lucas retiring. [CNN Marquee Blog]

Oh, Joss Whedon: It's not enough for you to direct two movies and produce another one set to be released this year. Now there's a "supernatural romance" on the horizon for you as well (now, about "Dr. Horrible 2"...). [Hollywood Reporter]

Speaking of which, "Star Trek: The Next Generation" looks better than ever! [TVShowsonDVD.com]

The Force is with this Volkswagen dog choir. [YouTube/Volkswagen]

Congratulations on 100 episodes, "Big Bang Theory!" Here's a look back at some of the geekier moments. [Hollywood Reporter]

Also, this just made us smile. [Facebook/Mayim Bialik]

Finally, a look back at the Long Beach, California Steampunk Symposium, thanks to iReporter Chris Morrow!