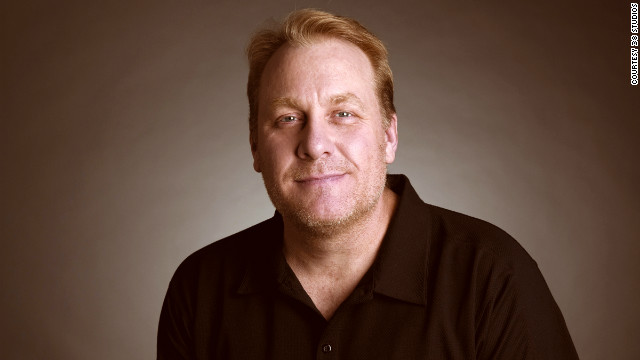 As a professional baseball player, “I had a glut of disposable income, and I traveled and was alone a lot,” he said. “I was perfectly suited to be a hardcore gamer and if you look at the sports world today, I think there are more gamers than not, now, in professional sports by a large margin.”

Schilling said he was using a computer and helped design software to help him become a better pitcher when most players and teams were using videotape. Of course, the computer also doubled as his gaming rig during his days off.

As his baseball career progressed and technology became more prevalent with teams, more players started using computers and video games were creeping into clubhouses as younger players join the squad. Schilling made it a point to be one of the take-charge guys when it came time to game.

“I was kind of an oddball at the time, and I was around and on some teams that it probably wasn’t the cool thing to have a computer. But obviously it became much more popular to the point where my last couple of years, I had two traveling console set-ups where we had a flat screen, an Xbox and a PlayStation and they would get out and get put up on the airplanes when we were flying around.”

So as his Major League playing days were winding down and he was eyeing what to do after his last pitch, gaming seemed a natural fit for a new career.

Schilling is now the chairman and founder of 38 Studios, a video game company that is getting set to release its first title, “Kingdoms of Amalur: Reckoning,” on February 7.

“Gaming, outside of the Lord, baseball and my family, was always my thing,” he said. “I took this very much as I did my baseball career. I scouted the industry for about five or six years, and I took notes and I went to a lot of lunches and a lot of meetings with people that were in the industry and just get a feel for what I was up against.”

He knew he wanted to focus on a new fantasy role-playing intellectual property, but also knew he wasn’t going to be the one to put it all together. So he played a little “fantasy baseball” and visualized who he would want to put together his vision of a different kind of fantasy game.

Using his connections, Schilling was able to bring in author R.A. Salvatore to write the story, designer Todd McFarlane to do the art and animation, and Ken Rolston, the lead designer of “The Elder Scrolls III: Morrowind” and “The Elder Scrolls IV: Oblivion," to act as the executive designer. This all-star line-up formed the backbone for the work on “Reckoning.”

“I had no interest of getting into the industry to build games,” Schilling said. “This has never been about me. We’re not making Curt Schilling’s game. This is not a vanity project, and it never has been.”

“Every bit of my focus was getting in the industry to help an intellectual property change the way people get entertained and be the best in the world at it. If you’re not going to try and win it all, I really don’t feel like playing.”

Bringing together these giants in their particular fields could have been a problem as egos and styles could potentially clash. Schilling said that never happened and all three have been hands-on while mentoring the younger members of the team.

“You check the egos at the door. I use a lot of sports euphemisms and examples around here. Getting these people to understand you play for the name on the front of the jersey and not the name on the back has been a key piece of this.”

Adopting a game developer lifestyle and leaving professional baseball behind wasn't always easy for Schilling. Since he suffers from attention deficit hyperactivity disorder (ADHD), he had to replace his pitching schedule with a rigorous new structure to manage his life.

“I’m a very routine-oriented guy. Deep down inside the game dev process, there is that routine, but the wins and losses are much farther between. And they are different. When you win a game against the Yankees on Monday and it’s on ESPN and all over in the newspapers, there is immediate instant feedback. This is very different. You have to find wins and losses in different ways.”

“I don’t miss anything I did for a living. I was born to do it for a long, long time. The things I got to see and be a part of, I’ll be forever grateful, but I’m looking for the new schedule, the new playing field, the new World Series. That’s been the challenge is to find where and when and how those things happen here.”

And as a gamer, Schilling knows that anything is possible.