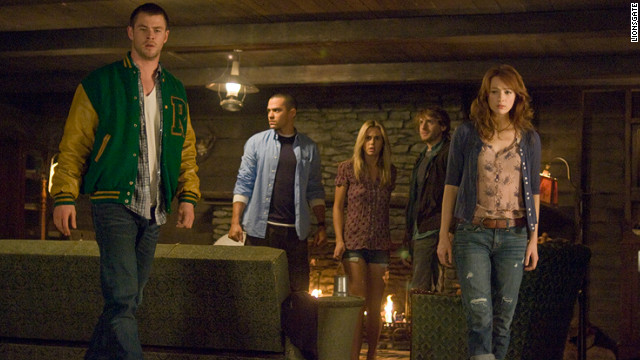 “Buffy the Vampire Slayer” creator Joss Whedon is producing “The Cabin in the Woods,” which will open SXSW in March.
January 13th, 2012
06:07 PM ET

Here's a look at some of the stories that had superfans in the geek world buzzing this week:

■ "The Cabin in the Woods," the long-awaited Joss Whedon-produced horror movie, will open the South by Southwest Film Festival this year. (EW)

■ No fooling: "Game of Thrones" is back on the air on April 1, which is also the premiere date for the animated "Ultimate Spider-Man" (part of a block of Marvel shows on Disney XD). (HBO/Disney XD)

■ The cult classic animated film "Wizards" will finally get a Blu-ray release on March 13. (RalphBakshi.com)

■ "American Horror Story," "Community," "Once Upon A Time," "Castle" and "The Vampire Diaries" will have panels at this year's PaleyFest in March. (Paley Center)

■ Things aren't looking too good for another season of "Fringe," and the renewal of "Terra Nova" is still anyone's guess. (CNN Marquee Blog)

■ What would have been, if Frank Darabont had stayed on "The Walking Dead"? (ParanormalPopCulture.com)

■ We present to you, H.R. Giger's LEGO Alien (via @woodelijah). (KeithCalder.com)