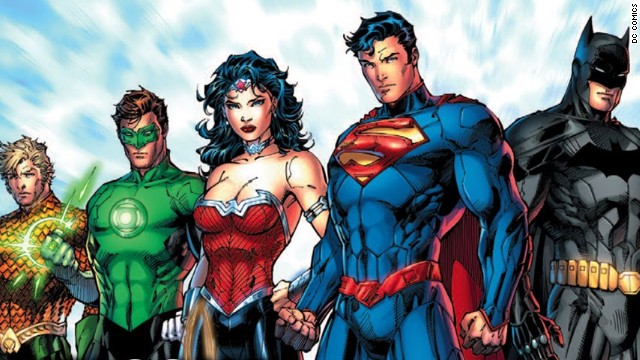 Here's a look at some of the stories that had comic fans geeking out this week:

DC Comics announced the “Second Wave” of titles as part of its historic The New 52 initiative. In the same announcement, DC said it will be canceling "Blackhawks", "Hawk And Dove", "Men of War", "Mister Terrific", "O.M.A.C." and "Static Shock" to make room for the new comics. (via the Source)

Diamond Comic Distributors announced that DC Comics’ "Justice League No. 1" was the best-selling comic book published in 2011 based on total unit sales to comic book specialty shops and that Marvel Comics finished the year as the comic book industry’s top publisher, leading in both dollar and unit market shares. (via Diamond Comic)

Variety published an interview with DC Comics' chief creative officer Geoff Johns, who discussed his thoughts on the layout and flow of comics and how they are seen and read on digital devices like the iPad. (via Variety)

Evil Hat Productions announced an agreement to produce, publish and distribute a RPG based on the Eisner-nominated "Atomic Robo" comic book. It will be co-written by "Atomic Robo" scribe Brian Clevinger and "Kerberos Club: Fate Edition" author Mike Olson. Olson also created the "Strange Fate" version of the Fate engine. (via Deadly Fredly)