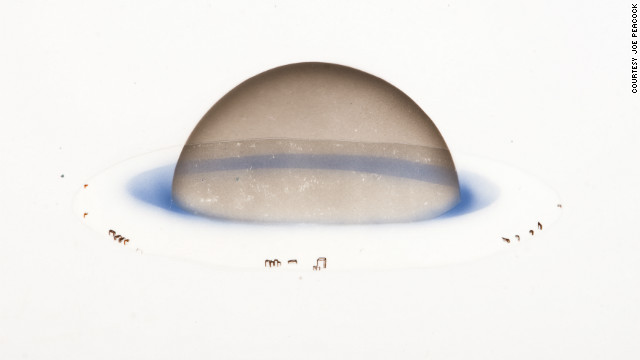 Anime for the apocalypse

An anime fan's tastes pop up pretty early in the initial addiction phase. Whether it's shojo, harem, mecha or horror, it won't take long to become an expert on your topic of choice. When it comes to mine, I'm always drawn to chaos. What does the end of the world look like? How would I survive?

If something happens on December 21, 2012, my fandom has prepared me for the worst. For example, I've learned by watching anime that you're probably safer if you climb in a giant mech during the apocalypse. And that you may end up having to kill friends or loved ones. It's probably also highly likely that most of your battles will be fought flying through the sky.

"Akira," of course, is the ultimate vision of a dystopian world called Neo-Tokyo after the Big Bang. This beloved tale introduces us to Shotaro Kaneda and Tetsuo Shima, best friends in a messy tangle with a rival gang. The story evolves to include predictions of Neo-Tokyo's second destruction, Tetsuo's evolution into an esper with powerful psychic abilities, and - you guessed it - Neo-Tokyo being blown up for the second time. This is a must-watch for these dark days. After all, if anyone is left in your world after the big blow-out, it's pretty likely you may run into a gang or two, so bone up on your defense skills.

When it comes to the end of days, there's probably no better training manual than "X/1999". This manga-turned-anime from highly respected studio Clamp is about a young man named Kamui Shiro who holds the fate of humanity in his hands as the world teeters at the edge of the apocalypse. As superhuman beings called the Dragons of Heaven and the Dragons of Earth gather in Tokyo to face off against one another, they vie for Shiro's allegiance to their respective cause. It gets pretty epic in the end, and who knows if you'll ever find yourself in a situation quite like this one - but it can't hurt to be well versed in the possibilities just in case one does need to defend the universe from ultimate destruction.

If you always worry that one day robots will become self-aware and use their far superior intellect to wipe out humanity (or perhaps they are already outside tapping at the windowsill,) "Casshern Sins" will help you prepare for the worst. This reboot of the "Casshern" franchise spins the tale of a world ruled by cyborg warriors, led by a foreboding tyrant named Braiking Boss. A mysterious girl named Luna appears to fight for humanity's salvation, but she is killed by the cyborg Casshern, an event that triggers the end of the world. In the aftermath, Casshern must journey to realize what he's done and who he is. He's a cyborg and everything, but you know, he needs to dig a bit deeper.

While robots could invade, you really aren't ready to climb into the cockpit of a giant robot and face the real deal unless you've seen "The End of Evangelion." This conclusion to the immensely popular "Neon Genesis Evangelion" series draws a futuristic universe where hostile beings called Angels are pitted against giant robots, or "mechs" called Evangelions, which are piloted by human beings. "The End of Evangelion" sees our main characters in their final stages, culminating in the world-ending Third Impact (an event predicted by the Dead Sea Scrolls earlier in the series.) After this event, the world supposedly should see a new plane of evolution and existence, but they'll have to start from scratch to get there.

Is that a dead guy beating on the door with his own disembodied arm (or perhaps someone else's)? Zombies, of course, are an essential part of every end of the world scenario. If you haven't already seen "High School of the Dead," it just might come in handy at a time like this. It throws you headlong into the world of a group of high school students who are desperately struggling to survive after the zombie apocalypse has begun (known as the "Outbreak"). As society falls to pieces at their feet and their morals are put to the test, they do their best to hold it together, which I suspect you will do, too, if you find yourself in this situation. Don't forget, the zombies are slower than you.