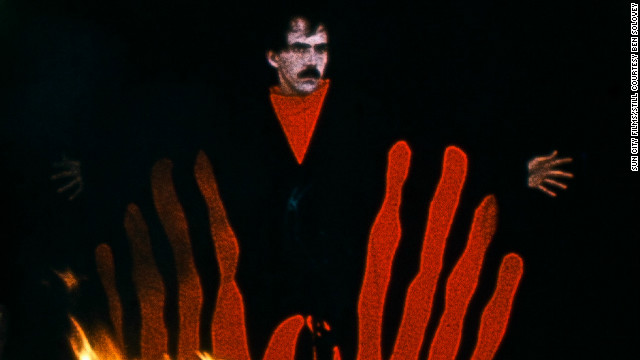 Restoring the worst movie ever made

For years, many have feared seeing it in its unvarnished form. Now, Ben Solovey wants to restore it back to its ... well, maybe "original glory" isn't the right term.

"Manos: the Hands of Fate" is considered by many to be the worst movie ever made (though it has fallen to third place in recent years on IMDb). Nearly 19 years ago, it got the "Mystery Science Theater 3000" treatment, with Joel and the 'Bots on the cult cable series riffing on it – and at times, having something of a nervous breakdown over its awfulness (involving, among other things, a cult leader called the Master and his extremely creepy underling, Torgo).

Over the years, whether viewed with the "MST3K" commentary or not, it's grown a cult following all its own of people fascinated by its odd, so-bad-it-went-to-good-and-back-to-bad-again qualities.

In recent weeks, film school grad Solovey (who said he has collected 16-millimeter film prints since he was a child) has used Kickstarter to raise more than $22,000 to preserve "Manos."

So, why restore the worst movie ever and possibly even release it on Blu-Ray? CNN Geek Out asked Solovey just that.

Solovey: I think it's important to maintain and exhibit every movie in as good a shape as possible, because you never know what will be relevant in the future. "Manos" can tell you a lot about independent film in the '60s, especially independent horror.

45 years later, it really provides a great window into a specific time and place: 1966 in El Paso, with a bunch of community theater friends making a movie. I find it very fascinating to look at, and studying the work print in particular you can find out a lot of things about how it was made, and made cheaply.

My end goal is to print the restoration to film so it can be shown in repertory theaters and the negative can be stored in a vault. Preserving it digitally would be dangerous- if it only existed in digital format, a bad hard drive could be the end of it.

I also wanted to send a message that all films deserve preservation regardless of their perceived merits.

CNN Geek Out: What's your history with the movie?

Solovey: Like many people, I first saw it on "Mystery Science Theater 3000," and that was the only way you could see it for a very long time. Eventually, you could buy an awful public domain video transfer of it on a bargain-bin DVD, and without the restoration that would have been all that's left. The movie, in fact, looks a lot better than we've ever seen it.

CNN Geek Out: Have you had any contact with people who worked on "Manos"?

Solovey: I've been making friends with quite a few, actually. The woman who plays the little girl, Jackey Neyman Jones, lives in the Pacific Northwest and she's been very nice to me. Her father who did production design for the movie and also played the Master, Tom Neyman, is also still around.

I've had a phone conversation with the son of Harold P. Warren, the director, and I'm hoping he will trust my intentions and assist in the restoration.

CNN Geek Out: What kind of response have you received otherwise?

Solovey: I've had a tremendous outpouring of support from people who love "Manos," some of whom are in the motion picture industry and will be helping with the restoration.

I thought I would get a lot of people telling me I was wasting my time. In fact, that's been pretty minimal. A lot of people seem to "get" it, especially independent filmmakers. It kind of reminds them of the pitfalls that arise in filmmaking. We can all relate to picking up a camcorder for the first time back in high school and making fun bits of junk with our friends.

"Manos" feels kind of like that, but it actually got in theaters... to a point. It's got a charm in that way. Something about "Manos" just resonates with people, probably because it's so unsual and comes from place very far removed from Hollywood.

CNN Geek Out: And what about the "MST3K" crew?

Solovey: I have heard from some of them, actually. Let's just say they have been encouraging.