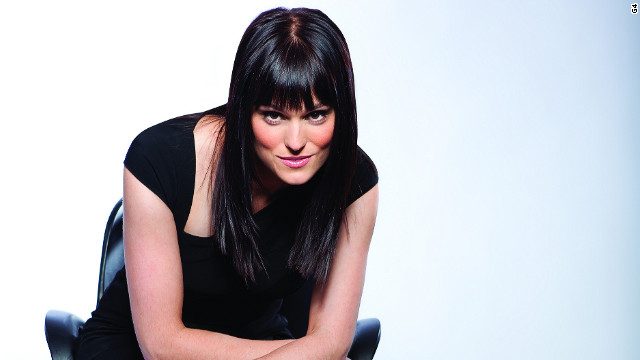 Webb got into gaming well before "Farmville," of course. Her first console was an Atari 2600, where she played “Combat” and “Plaque Attack” for hours on end. She is also an avowed fanatic when it comes to the “Centipede” arcade game.
Below, more of our chat with Webb about the year in gaming.

CNN Geek Out: This was a year for sequels. Every major title that came out had a number after it. Why is that?

Webb: We’re nearly at the end of a console cycle, so series that have begun at the beginning of the console cycle, they’re starting to finish up the series. People have made the investment in the franchise and they’ve got the art together and they don’t want to create something completely new when new consoles are starting to be on the horizon.

CNN Geek Out: Were there any games that surprised you this year?

Webb: "LA Noire" from Rockstar. Rockstar traditionally makes very good games, but we were surprised and delighted that the game had a very different perspective on the traditional "Grand Theft Auto"-style open world game. That was a great surprise and a great game.

Geek Out: What’s going to be different in the next generation of consoles?

CNN Geek Out: With the Wii U and the PlayStation Vita coming out next year, is this where we are headed with more motion controls and less button pushing in gaming?

Webb: I think there is room for both. Core gamers - the hardcore gamers who play games like "Gears of War," "Call of Duty," "Assassin's Creed" and Skyrim" - that gamer is definitely more interested in using a controller for a lot of their experiences. The problem is that [with] the [PlayStation] Move, these motion experiences aren’t nuanced enough to actually give the player as much control as they would have with a [regular] controller. For example, if you are swinging a sword on a Wii game, you slash to the right and it does a right slash or slash to the left and it does a left slash, but it doesn’t really track or there is no skill involved. Now you are just standing up there making slashing motions for three hours.

CNN Geek Out: Are the console wars still alive or has the battle moved to specific game titles?

While Webb would not name her 2011 Game of the Year, she did have some recommendations that players should pick up if they can:

“The Elder Scrolls V: Skyrim” – “You have adventures in this world that is very living and you have hundreds and thousands of choices you make and it all seamlessly works together.”

“Resistance 3” – “A little off the beaten path. It has funky, over-the-top weapons, but funny weapons, weird crazy weapons that you aren’t going to see anywhere else.”

“Saints Row The Third” – “A GTA style game that is hilarious and over-the-top and crazy. Not for kids!”

Click here for more of CNN's coverage of gaming in 2011.