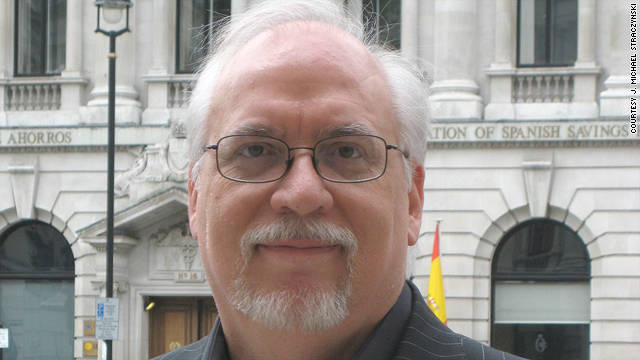 How 'Captain Power' led to 'Babylon 5'

Before the highly acclaimed 1990s sci-fi series "Babylon 5," there was "Captain Power and the Soldiers of the Future," ostensibly a dystopian show aimed at children in the late 1980s (and released on DVD last week, including a feature-length documentary).

"I thought, wouldn’t it be cool to write a show in such a way that it had an arc to it?" said J. Michael Straczynski (JMS to his fans), writer for "Captain Power" and creator of "Babylon 5." "That to me, creatively, was the most fun."

Shows with long-running arcs like "B5" and, later on, "Lost," may be commonplace now, but they were unusual at the time of "Captain Power."

"I figured this is a great place to cut my teeth. I thought, here’s where I can test out the model of doing a show with an arc," said Straczynski, who had written for "He-Man and the Masters of the Universe" and "The Real Ghostbusters." "I had an idea for down the road, for a show with a five-year arc to it, where every year was a volume in that story. I thought I would try it on a small scale and see if it would work, and sure enough, it did. It gave me the tools I needed to go on and do 'Babylon 5.' "

Straczynski's scripts may have gotten praise from "Siskel & Ebert," but he was not a big fan of the titling convention.

Straczynski's work in science fiction partially comes from a lifelong love of the genre: "I’ve always been a science fiction fan since I had understood the conception of what a story was.

"Certainly, I grew up on the classics: (Ray) Bradbury, (Richard) Matheson, (Harlan) Ellison. The great science fiction television shows of the day, 'Twilight Zone,' 'Outer Limits' and so on. When it comes down to it, the reason that science fiction endures is that it is, at its core, an optimistic genre. What it says at the end of the day is that there is a tomorrow, we do go on, we don’t extinguish ourselves and leave the planet to the cockroaches."

Sci-fi is the only genre that allows a writer to point to a spot on the horizon and say, "this is where I think we’re going," Straczynski said. It opens a dialogue between creator and audience. Authors can ask their audience, "how do you feel about that? Are you happy about that? If not, do you want to live in this world?" he said.

"We are in a tech-heavy society, plunging headlong into an unknown future. Science fiction is what allows you to stand back and analyze the impact of that and put it in context of how it affects people," Straczynski said.

Today, Straczynski keeps very busy, having recently received a story credit on the hit movie "Thor" after his run on the comic book series and getting critical praise for 2010's graphic novel "Superman: Earth One."

"I just finished 'Superman: Earth One Volume 2' and just finished up a two-movie deal for the Bruckheimer company," he said. "I’ve had five features I worked on produced in four years, so not bad."

Straczynski, who had a lot of control over "Babylon 5" without studio interference for much of its run, has often been asked whether he would bring the series back.

"I would be foolish not to consider it," he said. "If Warner (Bros. Television) said, 'Here’s x number of dollars and x number of episodes,' yes, I would do it, provided I had the creative control I required."

The fact that people remember "Captain Power" almost 25 years later, and "Babylon 5" well over 10 years after it ended, speaks to Straczynski's philosophy: "All you can do is focus on telling the best story you can with compelling characters. If you do it right, it will endure. If you do it wrong, it won’t."