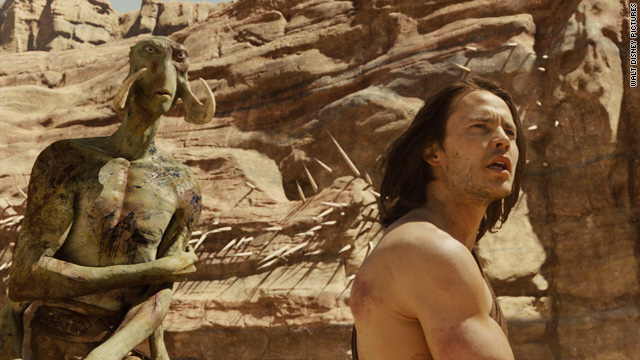 The big trailer this week was for the long-awaited adaptation of "John Carter of Mars," (and there is something of an "Avatar" vibe).

The next "Star Trek" hits theaters on May 17, 2013. We understand if you're already in line. [Twitter/@DamonLindelof]

Speaking of which, director J.J. Abrams says that Khan will not be in the movie. [HitFix]

Asa Butterfield is winning over audiences in "Hugo," and will next star in the film adaptation of "Ender's Game." [Twitter/@asabfb]

The first half of "The Walking Dead's" second season may have just ended, but here is a look at the second half. [AMC/AOL]

A first look at the mysterious, upcoming "Prometheus" from Ridley Scott. Interesting... [EW]

Speaking of comic book covers, here are some quite creative animated GIFs of covers. [Kerry Callen]

Alan Moore (whose "V" masks are everywhere these days) had a few thoughts on the Occupy protests, and fellow comic book icon Frank Miller had some very different thoughts. [The Guardian/Frankmillerink.com]

Finally, if you missed the recent Comikaze Expo in Los Angeles, here is a look back. A 43-minute long look back, in fact, from iReporter Cherry Davis: