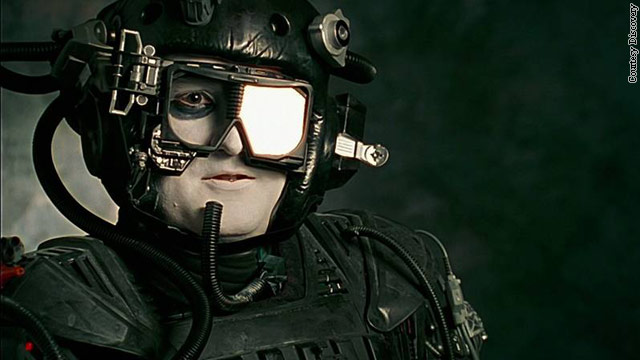 Just profiling Gene Roddenberry would have been enough, but as the project developed, it became a truly personal look at both the creator and his handiwork, as seen through the eyes of his friends, colleagues, wife, actors, fans and ultimately, his grown son.

“We’re always looking for the thought provocateurs and the rebel genius, so for us Gene Roddenberry fell right into that camp,” McDaid said. “I call ‘Trek Nation’ the ultimate insider’s guide to Star Trek because it’s the son of the creator taking on the intimate journey of what Star Trek is and what it means, so it is completely unique.

“We’re all on a search to try and understand where we came from and what it means.”

The documentary, which airs in a two-hour special on Science tonight, tackles the complex allegory that lies at the heart of Star Trek and its creator.

While Gene Roddenberry was alive, his adventurous young son, Rod, wasn’t involved in Star Trek. In Rod’s own words, he “didn’t get it.” His father’s creation surrounded him, but it wasn’t a part of his life.

And then Gene Roddenberry passed away in 1991, when Rod was only 17.  Ten years later, Rod set out on a personal quest. He wanted to know who his father really was, and it seemed that those who knew and understood Roddenberry’s vision best were the loving community of Star Trek fans.

Rod began going to conventions and asking fans what kept them coming back. Their responses paved the direction of Rod’s journey, and his developing documentary project.

“I really didn’t know who my father was, and after he passed away, I opened my eyes and ears and was very amazed at who this guy was, who I had never really known in that way,” Rod said. “I had met so many amazing people and such a diverse group of people that I wanted to tell their story, the story of Star Trek, how it has pierced so many social boundaries and brought these people together.”

The more Rod spoke with fans, and later, writers, actors and colleagues tied closely to Star Trek and his father, the more he began to understand that the concept had always been about more than just a science fiction show. It was an ever-evolving allegory of the social and political climate of the times and the vision of a future for those people where everyone would be accepted and equal.

Rod had, in fact, inherited a legacy. The epiphany was overwhelmingly positive for him.

“I love the idea that we do have this belief in a future where we are working together for the greater good and that makes me so proud of my father,” he said.

It’s the kind of potential that kept actress Nichelle Nichols, who played Chief Communications Officer Lt. Uhura on the original Star Trek television series in the late 60’s, coming back. After one season, she wanted to follow her dreams of musical theater. But Gene Roddenberry wouldn’t let her leave.

“He said, ‘Oh no, don’t you see what I’m trying to do here?” Nichols recalls Roddenberry saying when she wanted to leave. “He fought like a monster for me.”

Nicholscredits staying as one of the best decisions she ever made.

“It became a growing, ongoing wondrance,” she said. “It’s like if you invent something that’s never been done before and it’s useful to people, it’s never going to go away - it’s going to evolve.

“It was the first time in history that anybody on the planet could turn the television on and see themselves in a beautiful light. Women who don’t look like me come up to me and say ‘you’re my hero because of what you gave to Star Trek.’

“But the actors created those characters in the image and likeness that Gene compelled us to do. He wrote them so brilliantly. This was a Roddenberry creation and we all were proud to be in it, and we all dug into our characters so strongly that it became a phenomenon. He knew what he was doing. It was his heart and soul.”

Talking to people like Nichols enabled Rod to combine the many perspectives and facets of his father into one great person that he loved, respected and understood. The journey was better than reuniting with his father - it was getting to know the complete person in a new way.

“I never thought I would leave this experience feeling as if I knew him as well as I do today and that was such a gift. I can’t be more thankful for everyone who has been involved for sharing their stories,” Rod said.

Rod has taken on the mantle of his father’s legacy and continues forward with the Roddenberry Foundation, even pursuing new paths in science and technology to make a new short film, “The White Room,” using an innovative 360-degree camera.

And while he hopes that “Trek Nation” is a new pathway for fans to connect with Roddenberry’s life and vision, Rod and McDaid both see it as a chance for everyone to gain insight into Star Trek’s allegory. There is nothing so personal as a man setting out to know his father.

“'Trek Nation’ really made me reassess what I thought I knew about the power of sci-fi, because it took science as its foundation and then created this incredible world that had powerful social commentary,” McDaid said. “When you see Star Trek episodes in the context of their time, they’re making political comments. That’s the power of sci-fi - you can address important concerns through the guise of storytelling.”