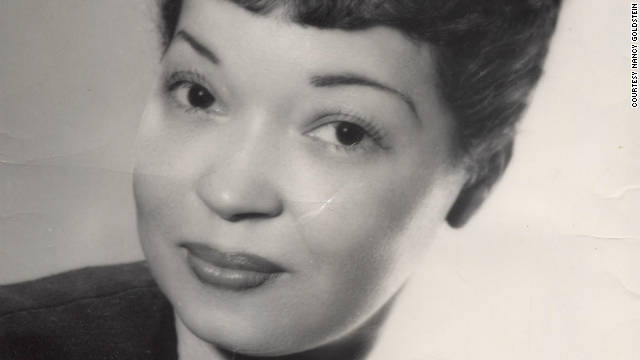 Cheryl Lynn Eaton is a comics and graphic novel fan who fell in love with the medium in childhood, courtesy of Archie and the X-Men. She knows plenty about comic books and their history, writes commentary about them and even produced her own webcomic, “Simulated Life.” You might say geekery is in her genes, as Eaton credits her dad for her love of science fiction.

Eaton, an African-American comic book creator from Edison, New Jersey, became fed up with the lack of diversity within the comic book publishing industry and the creative communities she encountered. In 2007, that frustration led her to found the Ormes Society, an organization dedicated to supporting African-American women who create comics, and promoting diversity within the industry and among fans.

“I wanted to use the organization as a way to fend off creative isolation and to build a support network of like-minded individuals,” said Eaton, who is an editor for an academic press.

The society is named for the late pioneering artist Jackie Ormes (1911-1985), who was America’s first black female professional cartoonist. Members include webcomic creators Charlie Trotman (“Templar, Arizona”) and Carol Burrell (“SPQR Blues”), and comics illustrators Afua Richardson (Top Cow’s “Genius”) and Alitha Martinez, who began her career at Marvel and now publishes her own series, “Yume and Ever.”

Eaton originally encountered some of the creators via message boards that she frequented but didn’t necessarily know their race.

“I had believed that I was alone for so long and these other women were sitting right under my nose,” she said. “I was so pleased to find out that there were other black women out there creating. Still, I can understand the desire to let one’s work stand on its own, completely divorced from the creator. With comics, that can be achieved.”

There are a handful of high-profile black women in superhero comics (most notably Storm, Vixen and Misty Knight), but the group puts a spotlight on those from the non-cape and indie world — characters like Tesana, the misfit in “A Home for Mr. Easter,” Sheriff Tommy Lindo in “Welcome to Tranquility” and Lee Wagstaff, a little girl growing up in the 1930s Deep South in “Love’s Bayou.”

Eaton thinks characters like these are key to diversifying the comic book consumer base. Years after buying her first Archie comic while at the grocery store with her mom, Eaton remains unique among her family members.

“I find it so frustrating that I come from a family of readers and yet I am the only woman who reads comics,” Eaton said. “I think the best way to attract black women as consumers is to eradicate the myth that comics are for men and solely involve superheroes.”

She also suggests recruiting more African-American authors like the late L.A. Banks, who wrote the “Vampire Huntress” series, to the comic book industry. Another idea is to place popular black female comic book characters in TV and movie adaptations, which may have a broader reach.

“I wouldn’t be surprised if (“Walking Dead” character) Michonne inspires a few black women to leaf through a trade or two while browsing in Barnes & Noble.”

Honoring a pioneer
Like the organization named for her, Jackie Ormes, who was born Zelda Jackson, challenged stereotypes within the comics field. Her work appeared in African-American newspapers such as the Pittsburgh Courier and the Chicago Defender between 1937 and 1956. She created intelligent and sophisticated black female characters like Torchy Brown, who stood in stark contrast to the racist images of the day.

Eaton discovered Ormes in 2007 through comics historian Tim Jackson, who has a website dedicated to pioneering cartoonists of color. She went to the library and pored over old issues of the Courier to see more of the artist’s cartoons, including “Patti-Jo ’n Ginger” and the romance/adventure “Torchy in Heartbeats.”

“Finding her work was like opening the door to a lost world,” Eaton said. “An entire American subculture and been denigrated and misrepresented through mainstream comics for years. Ormes used comics to show African-Americans as they really were; as human beings. Her work should be collected and shelved next to peers such as (Will) Eisner.”

“Patti-Jo ’n Ginger,” a gag panel featuring a precocious little girl and her glamorous older sister, took on the McCarthy-era House Un-American Activities Committee and racial injustice. A “Torchy in Heartbeats” storyline focused on a poor community suffering from environmental pollution. Because of her politics, Ormes was under FBI investigation for a time.

“It’s now that we look back and say, ‘Wow, she was really stepping out. She’s putting her name on these things,’ ” Goldstein said.

Diversity on the page
While noting that the industry still has work to do in becoming more inclusive, Eaton said she has noticed some progress within the comics themselves.

Just looking through her own library, she cited several creators who have placed black women and girls at the center of their stories. Among those characters are Frank Miller’s Martha Washington in “Give Me Liberty,” Mark Haven Britt’s Boom in “Full Color,” Aya in Marguerite Abouet’s “Aya” and Rocket in the late Dwayne McDuffie’s “Icon.” The diversity extends across genres, from horror (“Dominique Laveau: Voodoo Child”) to adventure (“The Many Adventures of Miranda Mercury”) to fantasy (“Bayou”).

“A strong writer is capable of handling intriguing characters of any background. It is simply a matter of finding writers with an interest in black female characters,” Eaton said. “That said, I have definitely noticed a rise in ethnic and racial diversity where comic characters are concerned.”

Eaton said the Ormes Society has received “an amazing amount of support” from across the comics blogosphere since she launched the organization four years ago. She’s hopeful that the society serves as a source of encouragement for creators and readers, while also putting to rest the stereotype of what a comic book fan looks like.

“I think all of these organizations and sites — Girl-Wonder.org, Geek Girl Con, Dispatches from the Fridge — help to dispel the cookie-cutter stereotype surrounding female readers,” Eaton said. “We read and create everything. I think all of the sites involved are saying the same thing: We don't look the same, we don't create the same work, we don't read the same comics, but we'd all like to be respected, please.”