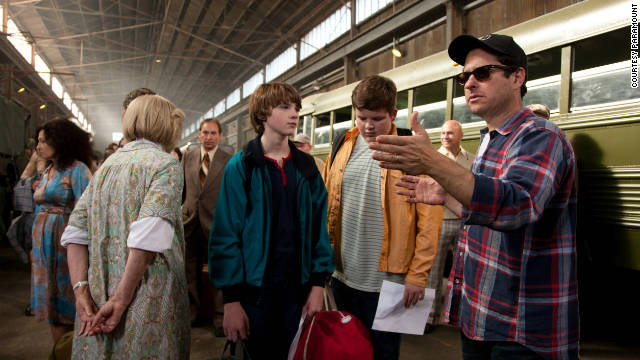 J.J. Abrams may have made his name in television with series like "Alias," "Lost" and "Fringe," but he's had a succession of hits on the big screen. He delivered the most recent this past summer with the coming-of-age sci-fi film "Super 8," just released on DVD and Blu-ray.

Abrams told CNN that this was his most personal movie to date. "It was definitely very familiar to me as a kid growing up in that time making those movies," he said of the story, about a group of filmmakers in their early teens. "I loved the magic trick of moviemaking, the expression of it, whether it’s makeup or visual effects. There was something about doing it that felt like real life sort of paled in comparison."

Abrams considers himself "lucky" to have found such a talented young cast – including Joel Courtney and Elle Fanning – because they made the characters believable.

[More, including the latest on the next "Star Trek," the new series "Alcatraz," and Abrams geeks out, after the jump.]