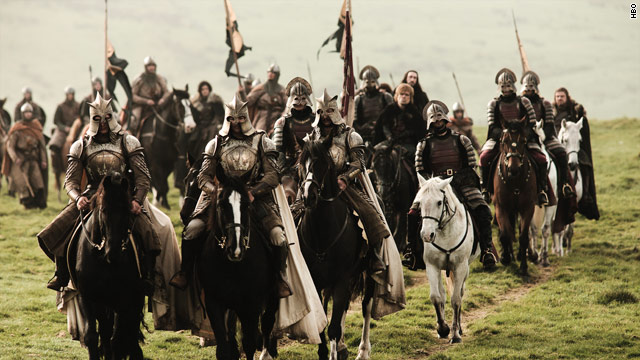 'Game of Thrones' casts its Lord of Bones

HBO’s acclaimed series “Game of Thrones” has cast its Lord of Bones, according to the Hollywood Reporter.

The outlet confirms that Edward Dogliani has been cast as Lord of Bones in the fantasy drama. The Hollywood newcomer will play the wildling raider also known as Rattleshirt in the upcoming season 2.

Author George R.R. Martin broke the casting news on his blog Tuesday, welcoming Dogliani to the fictional continent of Westeros, and adding, "I'm looking forward to seeing you in your bone armor.” So are we!