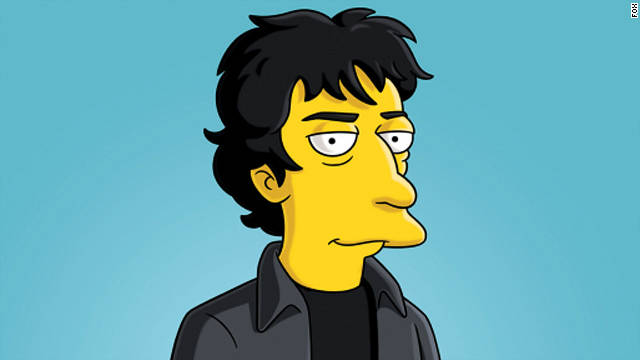 "Truthfully, the real-life me almost never hangs around in 'Barnes & Nobles'-like bookstores waiting to find groups of local townsfolk who have decided to write a pseudonymous young-adult fantasy series and offering my services," said Gaiman.

"Even if I did, I probably wouldn't be doing the catering," added the author of "Neverwhere," "Coraline," "American Gods" and the influential "Sandman" comics series.

Always known for its wry social commentary, "The Simpsons" has hosted the pen-and-ink version of authors like Stephen King, JK Rowling, John Updike and even Gaiman's fellow graphic-novelist, Alan Moore.

Now that he's voiced himself on "The Simpsons" (be on the lookout for his horrible American-accent impersonation, he says) is there anywhere else in the animated world Gaiman would like to land?

"I'd really like to be a head in a jar on 'Futurama,' " he said. "That way you know you've survived many thousands of years - in jar form."