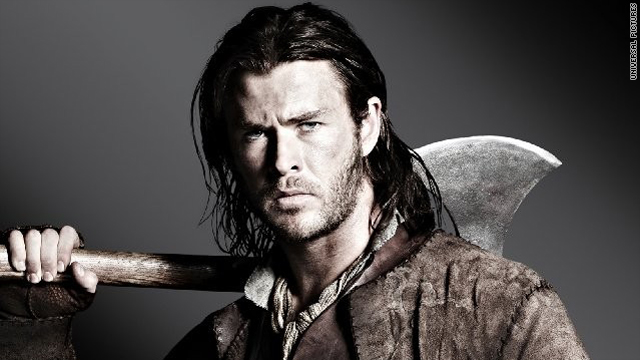 The teaser trailer for "Snow White and the Huntsman" got rave reviews. [iTunes/Universal Pictures]

Benicio Del Toro is reportedly the front-runner to play the next "Star Trek" villain. [New York/Vulture]

Lots and lots (and lots) of "Game of Thrones" swag, coming to a store near you. [Buzzfeed/Dark Horse]

And there's that "Game of Thrones" video game too. [Cyanide Studio]

"Lost" and "Roswell" actress Emilie deRavin has been cast as Belle (like, from "Beauty and the Beast") on the hit ABC series "Once Upon a Time." [Hollywood Reporter]

And in case that wasn't enough proof that J-pop is taking over the U.S., a Toyota ad featuring the virtual pop star Hatsune Miku won a big award. [Anime News Network]

Marvel Comics announced that a selection of their graphic novels will be available digitally on the Nook tablet.

The comic book series "Kill Shakespeare" has been adapted into a stage show, to be performed on November 26 and 27 in Toronto, Ontario. [KillShakespeare.com]

Be careful when driving around "Watchmen" star Malin Akerman. [Twitter/@MalinAkerman]

Finally, Twi-hards are already lined up for the premiere of "Breaking Dawn, Part 1" in Los Angeles, in this video from Julie Ellerton. [CNN iReport]