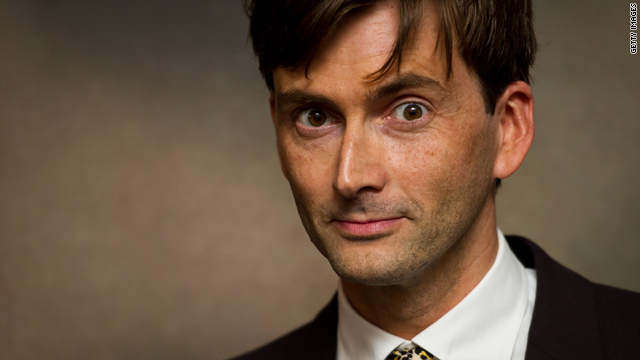 Sonic screwdriver to the rescue (but suspense averted)!

The weapon of choice for any Doctor. His most valuable ally in any intergalactic battle. His constant companion (aside from, you know, his actual "companion").

Hardcore fans of "Doctor Who," many of whom own their own version of a sonic screwdriver, have seen every Doctor put this multifunctional tool to use since its introduction on the long-running sci-fi series in 1968.

But filmmaker Patrick Willems wondered, why haven't we seen the sonic screwdriver elsewhere, like in action movies for example?

As the New York City resident demonstrated, a sonic screwdriver would kind of ruin the suspense for everyone.

Check out his video, the latest in a series of fandom-centric films he has posted to YouTube, and elsewhere, as well as our chat with him, after the jump. (Warning: The video contains one scene of graphic violence.)

CNN Geek Out: What inspired you to make this video?

Willems: I had been trying to figure out a way to make a sonic screwdriver video since early August. Since "Doctor Who" is one of my favorite shows and my friend Zac (the star of the video) bares an uncanny resemblance to David Tennant, it just seemed like a natural thing to do. I had it rattling around in the back of my head for two months until somehow the image of a guy reloading a gun with a sonic screwdriver popped into my head. And yes, I'm aware that sonic screwdrivers can't actually create matter, but just go with it. From there, the other scenes just fell into place and we shot the whole thing in a couple days without spending a single dollar. YouTube videos are great because they allow me to totally indulge myself, so in this case I just combined my love of "Doctor Who" with my love of action movies.

CNN Geek Out: Are you a "Doctor Who" fan going way back?

Willems: Like a lot of people of my generation, I'm pretty new to "Doctor Who." I got into it right before season five started, since a bunch of my friends at college kept yelling at me about how great it was. Obviously, they were right, and I was obsessed within minutes. I've only seen the newest incarnation of the show that began in 2005, and am particularly enthralled with what Steven Moffat has been doing since he became the showrunner. When I'm trying to get people to watch it, I always say it's the show I would make if I were a better writer. One of these days I'll get around to watching some of the old "Who." It's just a bit daunting.

CNN Geek Out: Have you ever been in a real situation where you wanted a sonic screwdriver?

Willems: Shockingly, I still haven't across any bombs that needed defusing. The only thing that comes to my mind is that I'd love to sonic my computer when it freezes during an export when I have a deadline to hit. Actually, now that I think of it, a sonic screwdriver would be pretty amazing to have as a filmmaker. I could change the focal length or eliminate strobing during pans and stuff like that. I'd make a video about it if it weren't for the fact that only other filmmakers would have any idea what was going on.

CNN Geek Out: Did you create your own sonic screwdriver or was it one you purchased?

Willems: It's too bad I'm not getting paid for this, because I'm directing anyone reading this to ThinkGeek.com. They've got a ton of perfect replica sonic screwdrivers, some of which also work as real screwdrivers. I have the Matt Smith one, and the Tennant one featured in the video belongs to Zac. If you're a "Doctor Who" fan and don't have one, I cannot overstate how much fun they are. Maybe not so much for your friends and family, but who cares about that.

CNN Geek Out: What sort of reaction have you received so far?

Willems: The reaction has been pretty great. I've been making weekly YouTube videos for about five months now, and this is the biggest hit yet. People who don't watch "Doctor Who" are only mildly amused by it, but hardcore fans have been pretty enthusiastic. That said, I have been informed by several people that I messed up one piece of information. I'm now well aware that the sonic screwdriver did not actually appear until the episode "War Games" in 1968. So yeah, other than the fact that the BBC hasn't called to invite me to direct an episode for next season, I'm very happy with how it's been received.