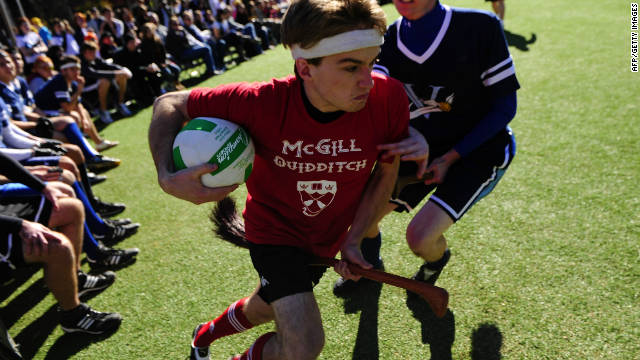 This year, 2,000 competitors from 100 teams and five countries will compete in the 5th annual Quidditch World Cup (QWC). And, for the first time, teams from outside North America will compete. Not surprisingly, though, Middlebury College is the school to beat, as they’ve won the QWC for the past three years. END_OF_DOCUMENT_TOKEN_TO_BE_REPLACED 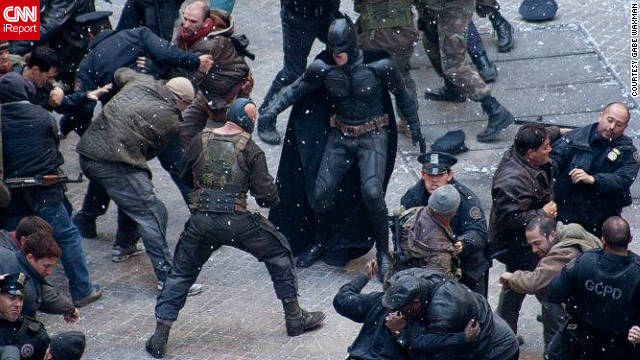 When the Dark Knight visited my neighborhood

After the massive box office success of “The Dark Knight,” the buzz surrounding the final film in Christopher Nolan’s “Batman” trilogy, “The Dark Knight Rises” continues to grow.

Bat-fans like Kevin Smith (who recently shared his conspiracy theory about the film) are especially excited about it. One such fan is Gabe Waxman, who was lucky enough to have the movie shooting practically at his front door.

“I was aware they'd be filming a few weeks ahead of time, but I never imagined seeing as much as I did,” he told CNN Geek Out, about the shoot taking place next to his Manhattan office. “Not only did I luck out by having a window facing wall, I also have a balcony which I can go out and see the entirety of Wall Street.”

Waxman shot footage of several exciting fight and stunt scenes from his window, and uploaded the videos and photos to CNN iReport.

“As a photographer and filmmaker myself, I wasn't going to let all of this excitement take place in front of me without sharing it to the world.”