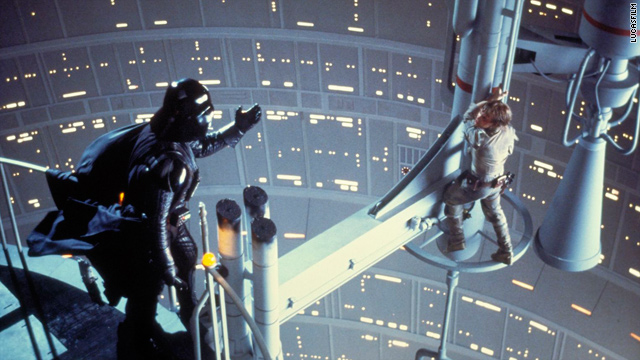 That 'Empire Strikes Back' reveal still packs a punch

It may be over 30 years since "The Empire Strikes Back" was originally released, but for first time viewers like Faris Jorel Akhtar (yes, his middle name is the same as Superman's father), it's still a big shocker to find out (Spoiler alert!) that Darth Vader is indeed Luke Skywalker's father.

Bash Akhtar of Waterlooville, England, decided to videotape his kids' reaction while he was watching the famous scene, and the reaction from Faris was priceless.

CNN Geek Out spoke to Akhtar about the video, which now has over 3 million page views:
END_OF_DOCUMENT_TOKEN_TO_BE_REPLACED