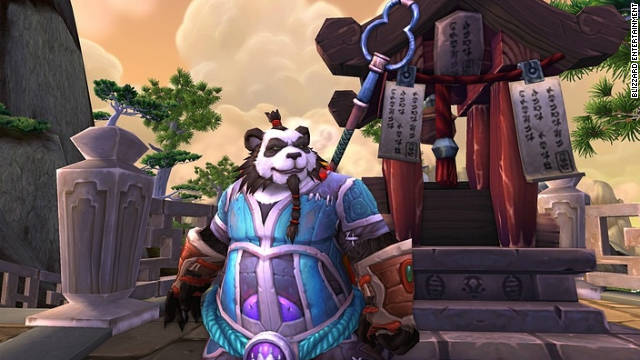 Blizzard Entertainment usually makes their yearly "Big Announcement" at the opening ceremonies for BlizzCon, and this year they did not disappoint!

Full discloser: I am a long time "World of Warcraft" player and I also play "Starcraft 2." That's why I was really excited to find out the big BlizzCon news.

First, they got the crowd warmed up with information like:
•    $2.7 Million donated to Make a Wish and Japan Tsunami relief
•    Brazillian WoW port released in December
•    Every WoW player in the world is now playing the same version of the game, and that hasn't happened since the Burning Crusade expansion that came out in 2007

Speaking of the next expansion, Chris Metzen, the vice president of Creative Development for Blizzard said it will be called "World of Warcraft: Mists of Pandaria" and it will be the fourth expansion to the game.

Well folks, I am stoked! I plan on becoming an annual subscriber not only for "Diablo 3," but I personally love the in-game items Blizzard gives us. And after seeing the trailer for the expansion to WoW, I cannot wait to play a Panda as a Monk!

Over the weekend we will probably learn more about this expansion and news for there other two games Starcraft 2 and Diablo 3.