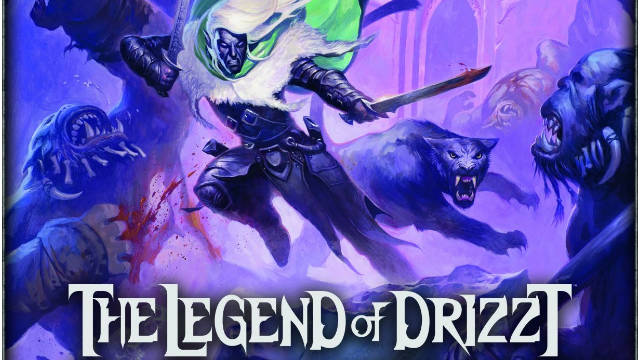 The game can be played with up to five people. Wizards envisions people playing the game by taking on the role of Drizzt Do'Urden or one of his famous adventuring companions. According to the company, players will, "battle fearsome foes and win treasure and glory." Who doesn't like treasure and glory?

The game comes with:

Having played the first two games in the series, "Castle Ravenloft" and "Wrath of Ashardalon", I am looking forward to getting a copy of this one. I enjoyed playing "Ravenloft" and "Ashardalon" because of the characters and the D&D gaming environment translated onto the board.

I have heard people call both of the first two games "D&D light." I'm not sure I agree with that - I see them more as fun adventure board games that happen to take place in the same world as "Dungeons & Dragons."

I think this is a series of well-made games. The rules are easy to learn. It's easy to really get into the gameplay, even when you're teaming up with non-gamers. And it's a great alternative to your regular D&D game - especially when you can't get the whole group together. It all takes place in the same universe, so it scratches that D&D itch.

Rodney Thompson, Tabletop Games Manager at Wizards of the Coast, made this video preview of the game:

What do you think about D&D board games like this?