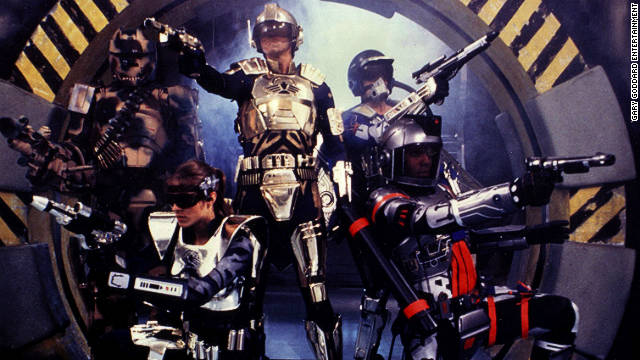 The return of 'Captain Power?'

The year was 1987, and children's TV was dominated by cartoons, usually tied into toy lines, such as "Thundercats" and "Teenage Mutant Ninja Turtles." Gary Goddard, who had directed the "Masters of the Universe" movie and grew up on live action kids' shows like "Sky King," came up with the concept of "Captain Power and the Soldiers of the Future."

Not only would this show feature live actors, telling the story of Captain Power and his fellow soldiers rebelling against the evil Lord Dread, but toy company Mattel suggested using its new interactive technology that would allow young viewers to "shoot" with their toy spaceships at the screen. A groundbreaking TV series was born.

The show utilized new technology in more ways than one. "I wanted CGI villains," Goddard told CNN last week. "Computer animation was very new. No one knew if we could push to the level of getting characters but I thought we could."