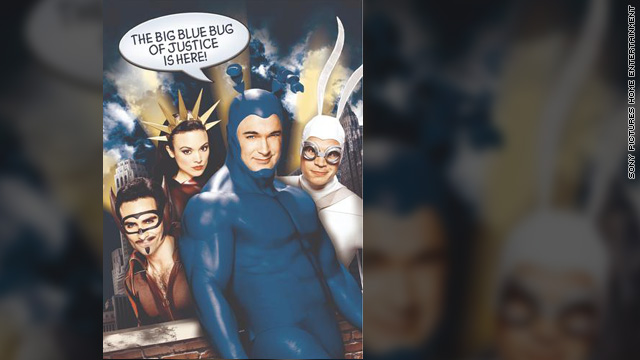 For just a few weeks in the fall of 2001, that battle cry (not to mention the even more famous "Spoon!") aired on the Fox network on Thursday nights, to the delight of "Tick" fans everywhere.

After the animated version of "The Tick," which was a runaway hit in the 1990s, it only made sense for the network to do a live action primetime show out of Ben Edlund's much beloved independent comic book (which has been going strong now for 25 years).

However, in the era of "Friends'" dominance over Thursday night TV, the comic book satire, about an overly enthusiastic, large superhero and his costumed friends, didn't stand a chance, and soon joined the long list of canceled Fox sci-fi/fantasy series.

CNN Geek Out recently spoke to actor Patrick Warburton (currently starring in CBS' sitcom "Rules of Engagement," whose new season premieres on Thursday night), about some of his most memorable roles (most of them in animation), but the one that he was most passionate to talk about was his time playing the Big Blue Bug of Justice, The Tick (and he had a lot to say about wearing that suit).
END_OF_DOCUMENT_TOKEN_TO_BE_REPLACED 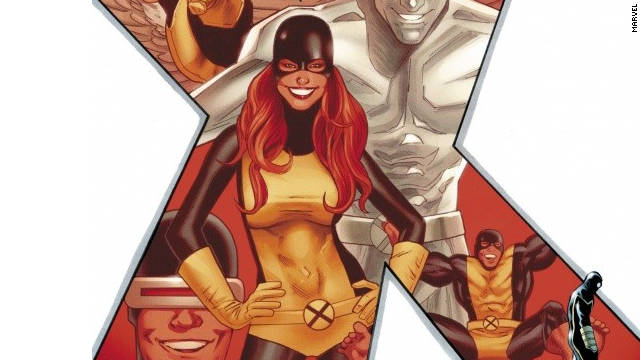 Wednesday is the best day of the week because that’s when the new books arrive in stores. Here are some of the comics scheduled to hit the shelves on October 19, 2011. Your local retailer will probably have these and others, so make sure to check with them for more details.

My recommendation this week is Uncanny X-Men (2010) #544. It's the final issue in the longest-running title in the X-Men line.

Like most comic book fans my age, I've read this title on and off. I wouldn't say I am a huge fan, but I want to know how the book will end and my interest was heightened when we got this tease from Marvel in June:

"It’s all come to this! Years in the making, the seeds of dissent finally bear fruit as the events of X-Men: Schism tear the X-Men and the Marvel Universe apart! When the dust settles, the state of mutantkind will irreparably be changed forever. Don’t miss the historic final issue of the longest running X-Men title this October, in UNCANNY X-MEN #544!"

If you're an X-Men fan, what are your thoughts on the end of this line?

Also, remember, if there's there a comic out there you are really loving, let us know in the comments. We are always looking for tips on good comics! END_OF_DOCUMENT_TOKEN_TO_BE_REPLACED 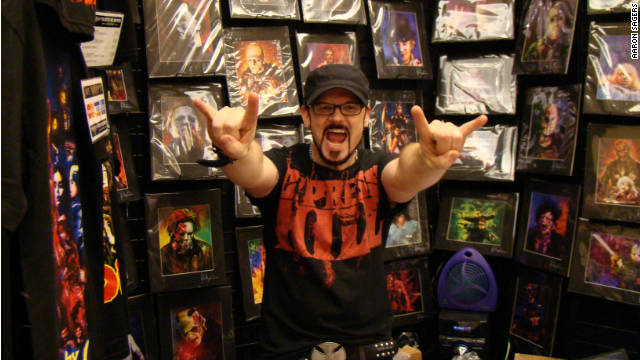 Taboo of the horror nerd

They are outsider fans in an outlaw genre. Even as comic book, science fiction and fantasy nerds are embraced by popular culture for their quirk and charm, the horror fan culture exists on the fringe, left out in the cold and dark – perhaps with a chainsaw-wielding maniac on the loose.

And that may be how horror nerds prefer it.

To be a horror nerd is to celebrate a low-rent, often underground kind of entertainment, even when it doesn’t involve Jason Voorhees, Samara or Pazuzu. It also means being the bad kid playing in the mud when others are allowed in the mainstream sandbox.

Basically, there is no “The Big Bang Theory” chronicling the lovable foibles of a dedicated nerd who can list his top five cannibal movies, and is steeped in a fandom of dismembered bodies and buckets of blood. END_OF_DOCUMENT_TOKEN_TO_BE_REPLACED