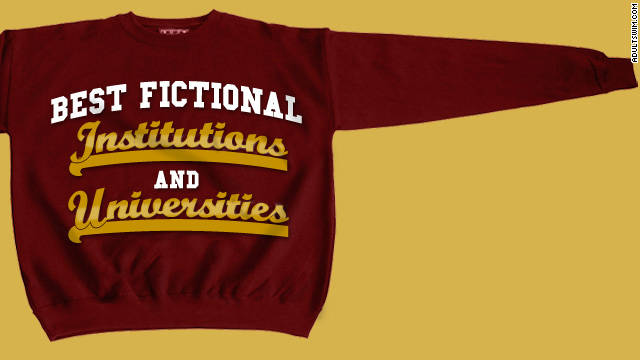 Editor's note: AdultSwim.com, one of our geeky friends in the Time Warner universe, put together a commendable list of the institutions and universities we wish we had actually gone to. Check it out!

When you consider famous fictional colleges, titles like Animal House or Revenge of the Nerds immediately come to mind. Here's the thing, though: Faber College wasn't nearly as exceptional as John Belushi's zit impression. Adams College was little more than the stage on which the nerds took their heavily-suspendered stand. Here are some nonexistent schools that stand out for their campuses, faculty, and institutional achievements.

For Magic and Robe Stuff:

For Making Out With Green Chicks: