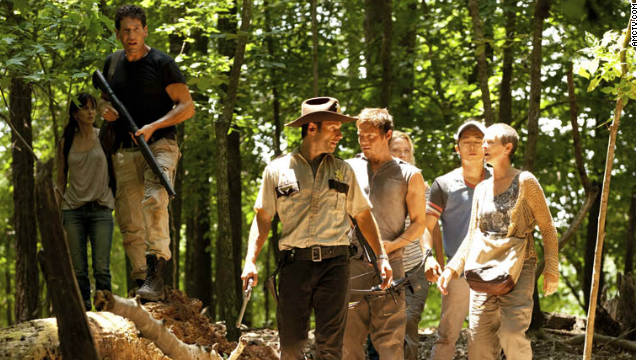 Should zombies rise up someday soon and take over the world because of an unidentified plague or virus that's caused the collapse of modern society as we know it, how would you react?

Such is the fundamental question of AMC's widely successful show "The Walking Dead," which returns this Sunday for its second season.

Based on Robert Kirkman's comic book, the series is one of the more odd yet complex dramas on television today. At its core, it's about survival and the psychological stress that spending every waking moment together has on a small group. But that could be said about all human beings in that surviving the world is something we do on a daily basis; the trick with "The Walking Dead" is that a pack of ravenous zombies could be lurking around the corner, ready to make you into dinner.

Viewers are consistently presented with questions of morality, instinct and terror, where plots are less about discovery - there's no race for the cure - and more about the struggle to exist.

CNN checked in with "The Walking Dead" showrunner/executive producer Glen Mazzara to see what's in store for season two, how the show finds its storytelling voice and just how they get that authentic zombie feel.