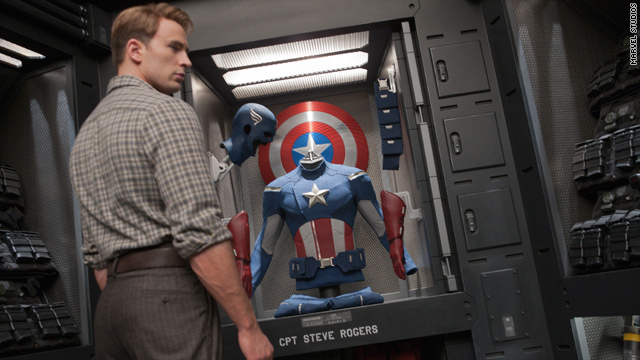 It may not be the same Comic-Con that some fans were anticipating would host it, but New York Comic-Con will be host to a "special event" for "Marvel's The Avengers" on Saturday, including stars Chris Evans, Tom Hiddleston, Clark Gregg and Cobie Smulders (and possibly more).

More importantly to many fans, it will be their first glimpse of never-before-seen footage from the Joss Whedon-directed film.

As one of the most anticipated superhero films of all time, it's hard to estimate how long the line will be to attend this panel, especially since this Comic-Con will have a fraction of the Hollywood presence that attends the San Diego Comic-Con held in July

CNN Geek Out spoke with Steve Weintraub, editor-in-chief of the sci-fi/fantasy/comic book genre film and television site Collider.com, about the upcoming panel:

CNN Geek Out: What do you anticipate we will see at this panel?

Weintraub: You can always hope a surprise guest will show up. I think having a few of the cast will be great, as that way each of them will have some time to answer questions, and not just say hello and then disappear into the background.

CNN Geek Out: Do you think that this will make it up, in a way, to some fans who may have been disappointed by its lack of a Con presence so far (its appearance at D23 notwithstanding)?

Weintraub: The fact is there is no way to please all the fans. If Marvel had shown 15 minutes of footage, the fans who weren’t there would complain they couldn’t see it. Others would complain they saw too much footage and now they’re spoiled. Even more would complain that they couldn’t get into the room and wish someone had told them in advance they could have seen 15 minutes of footage. No matter what Marvel does, some group will complain. Promoting a huge film like "The Avengers" is balancing a high-wire act with millions watching. No matter what you do, it isn’t enough or it’s too much. Also, while fans hate to admit it, they love to complain about everything. It’s very rare that everyone walks away from an event and has a uniform smile. I think the last time that happened was the first "Iron Man" panel at San Diego Comic-Con.

CNN Geek Out: What do you think is the current view that fans have of this movie?

Weintraub: I think most fans are extremely excited for "The Avengers" and it’s the film everyone’s been waiting for since Marvel first started making movies. Having a cast filled with the biggest Marvel superheroes working together to stop some huge problem is every comic book fan's dream. Also, now that everyone knows the characters and special effects have never been better, I really think "The Avengers" has the possibility of being one of the best comic book movies that’s ever been made. And once you add in writer-director Whedon, how can you not be excited? The only issue I foresee is how do you balance so many superheroes in one movie? That’s the big problem that Whedon has to overcome. But if he hits a home-run with "Avengers," it’s going to be one of the biggest films of 2012.