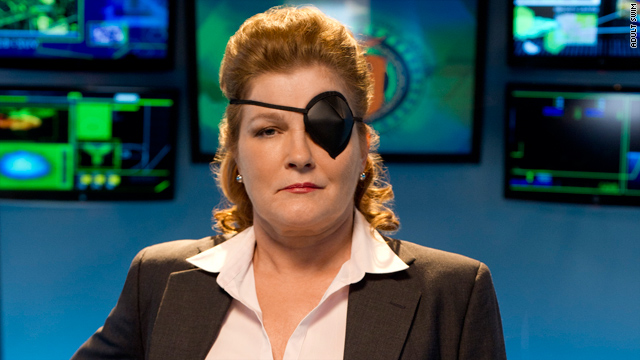 One of 'Star Trek's' greatest captains had us scratching our heads

When Kate Mulgrew, the actress best known for playing Captain Janeway on "Star Trek: Voyager," took on the role of Kove in Adult Swim's procedural show spoof, "NTSF: SD: SUV::," "Star Trek" fans were not sure of what to think about it.

After all, the "Trek" crowd can be a fickle bunch. Witness the backlash against Wesley Crusher from "Star Trek: The Next Generation." It's only been in recent years that fans have really embraced Wil Wheaton as a nerd hero.

The show has been on the air since July on the network (which is owned by Time Warner, which also owns CNN), and Mulgrew told CNN Geek Out that fans have since warmed up to her character in a big way.

"These fans are very loyal, and they're very game and very smart, and they love to roll with it," she said, adding, "Janeway is their captain, whether she's in an insane asylum or not." END_OF_DOCUMENT_TOKEN_TO_BE_REPLACED 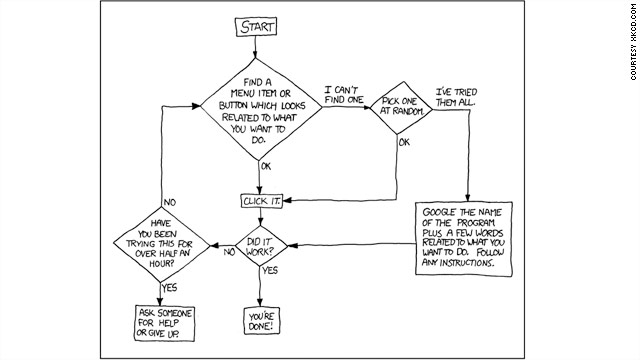 What the nerds know about technology that nobody else knows - yet

There’s this fantastic comic on XKCD that makes every nerd I know laugh. It’s titled “Tech Support Cheat Sheet,” and it’s a flow chart explaining to the people who treat nerds as their own personal “Geek Squad” how to use a computer program. It's introduced thus:

Dear various parents, grandparents, co-workers, and other “not computer people.” We don’t magically know how to do everything in every program. When we help you, we’re usually just doing this:

It’s funny for nerds because they know working with consumer technology is not rocket science. Amy Bruckman, an associate professor at Georgia Tech’s School of Interactive Computing, is quick to point out, “There’s some basic debugging skills and logical thinking skills that solve most problems with technology.”

But for easily the past 50 years in America, she said, a culture of anti-intellectualism has made mastering technology the domain of nerds and decidedly un-mainstream. END_OF_DOCUMENT_TOKEN_TO_BE_REPLACED 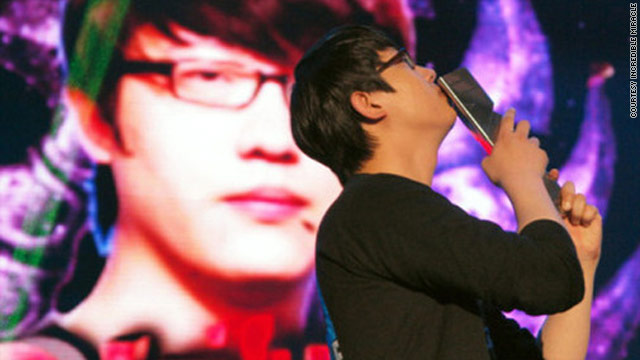