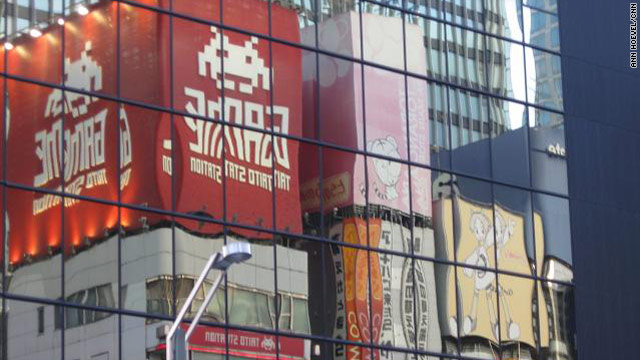 Why Akihabara Is An Otaku Paradise

At some point in the career of every otaku - whether newly budding, coming into their own or full blown obsessee - a deliciously foreign sounding place comes into conversation.

In fact, I recall my own experience with this fabled word.

Sitting with a group of like-minded geeks, we talked about anime we had just seen for the first time (Vampire Princess Miyu! OMG!) and what we were hoping for from our favorite anime studios. And some kid piped up and said that there was a place in Japan that he dreamt of going to because it was the coolest place in the world for people who loved anime.

And that place was called Akihabara.

Also called Akihabara Electric Town or  shortened to Akiba by local Tokyoites, this shopping district is a favorite subject for photographers due to its vivid color palette. At night, the area becomes a neon wonderland. In fact, it has inspired many films and novels - Ridley Scott's sci-fi classic "Blade Runner" is set in a universe that very much resembles a post-apocalyptic Akiba.

This district sits a few steps away from the train station and is easy enough for tourists to find, as long as they know to ride the Yamanote line.

So, Akiba is eye-catching, and easy to find. But the main reason this shopping district is like mecca for an otaku with interests in anime, manga, electronics, video games, collectibles and more is because it has so much to offer that caters directly to those niches (or has rather, since about 1994.)

Not only are there plenty of shops that sell new items, but a little exploration can lead determined explorers to smaller retailers that sell used items as well. This means that you have a chance to find that very rare video game or that collectible figure that went out of print years ago, and likely at a very good price. That treasure hunting gene activates, and the hunt is on!

Of course, for some, it's not about the hunt.

Anime goods retailer Animate is a huge chain in Japan, boasting 38 stores, and  Akiba has one with many floors to explore. Within, the walls are papered with 2D characters from a multitude of popular shows, and you can purchase every type of goods you can possibly imagine related to the shows and characters that are big or have been in the past. They also have an online shop, but it doesn't hold a candle of the experience of being in the store itself, which is an sensory overload of epic proportions for any anime fan.

While most otaku will be wowed by the sheer quantity of goods available to them throughout Akiba, there is another heaven to cross the doors of if they have a love of videogames.

Located on a side street which requires a bit of searching to come aross, Super Potato is a retro gaming shop that boasts three floors and row after row of immaculately kept retro games and consoles. If you want to find a copy of that ultra rare Super Nintendo game that you've never been able to find in the states, in all likelihood you can find it here. Luckily, the experience of exploring the store has been documented by many news outlets, so if you can't make it there, at least you can scrutinize the pictures and imagine yourself in digital bliss.

Super Potato is far from the only game in town  - in fact, exploring the winding back streets of Akiba can result in great rewards.

"My favorite game store in Akihabara is Retro Game Camp, located in the main street of the area," says Guan van Zoggel, a writer and Japanese studies major at Leiden University.

"It differs with more popular stores, such as Super Potato, in that literally every nook and cranny is crammed with games. The Retro Game Camp store is relatively small and therefore messy, so it can be difficult to find a particular game. But isn't rummaging through a box of 16-bit games and discovering the game you've been looking for a game in itself?"

Akiba offers thrills outside the walls of its shops, too. Another frequent sight on the streets, especially on weekends, is young girls in maid costumes trying to interest customers in visiting the cafes they work for, which are called "maid cafes."

Considered a "cosplay restaurant," customers can order a variety of drinks and desserts and can pay extra to have their photo taken with the maid.

In recent years, "butler cafes" have also begun to pop-up as well, which work around the same concept but staff young, good looking boys instead. Both maids and butlers are fetishized in anime culture. These costumes are considered sexually attractive to some, and merely aesthetically pleasing to others.

For any visitor, a visit to the Akiba district can be a fantastic new adventure rich with never before seen sights and sounds. However, for an otaku, it's easy to see why the pleasures of Akiba could be compared to approaching the shining gates of a blissful heaven.