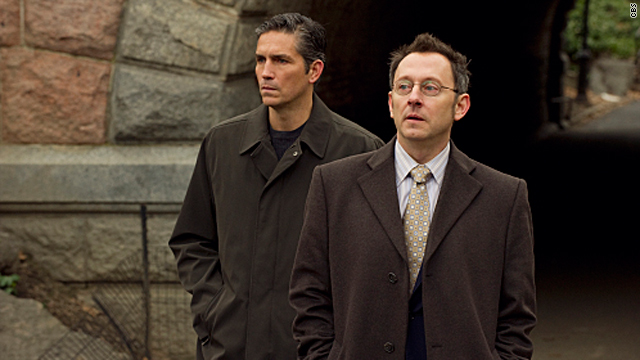 Emmy-winning actor Michael Emerson returns to  TV on Thursday with the premiere of "Person of Interest." The CBS series is sure to attract early interest from fans of "Lost," where Emerson played the memorable character of Ben Linus.

"I think that his portrayal of Ben allowed him to gain a ton of geek 'street cred' with all the 'Lost' fans and that his led to his appeal," said Anil Kapur of SpoilerTV.com and TheODI.com. "There have been several moments that I have seen Emerson deliver his lines so perfectly that you truly feel the emotion of the character he is portraying whether he is playing someone 'creepy,' or it's a comedic moment."

The rabid "Lost" fanbase was a big reason why Emerson's role on the series expanded beyond what was originally supposed to be a short story arc in its second season, says Kapur. Viewers just couldn't tell from moment to moment whether Emerson was a hero or villain, and that was a key part of the show's mystique, keeping people guessing.

"Person of Interest," on the surface anyway, is fairly straightforward: His mysterious character, Finch, has access to the vast network of security cameras around the U.S. He hires a former CIA agent, now living on the streets, named John Reese (Jim Caviezel) to help him prevent potential crimes before they happen. All the while, Detective Carter (Taraji P. Henson) tries to figure out who John Reese is. However, not all may be as it appears.

CNN Geek Out spoke with Emerson last month to ask about his new role:

CNN: What attracted you to this show?

Emerson: I kinda hung around for a year after “Lost,” and I was looking around trying to figure out what to do next. And I had been cooking something up with ["Lost" co-star] Terry O’Quinn for a while, but then there was a change of administration at NBC, and they decided not to pursue that project.

I was looking at being high and dry, and being in a relationship with Bad Robot ["Lost" co-creator J.J. Abrams' production company], I asked what they have right now that they’re excited about. And they said they have this thing, it’s dark and stylish and shoots in New York – and I said for the love of God, let me read it!

It was appealing to work with ["Dark Knight" screenwriter] Jonah Nolan and J.J., and to work in New York where I live.

Emerson: It took me a while to figure out that [Finch] was mysterious. At first I was drawn to him because he was a plainly good guy – Finch did not seem so mysterious, by comparison to Ben. I always enjoy a character who has a backstory, and you don’t know everything about him right away. Now I want to make him different. That’s a challenge I’ve set for myself.

CNN: "Lost" had a large cast, here the cast is much smaller.

Emerson: I do have a slightly heavier load – with “Lost” there would be entire episodes about Ben, and then others with few scenes. This will be a little more constant I think. But the heavy lifting gets done by Jim Caviezel. At the end of the day, it's an action show and there’s a lot more combat and weapons here.

One of the reasons I took it was that I saw my character was crippled and would not be able to do much fighting and that was okay with me. I had a lifetime's worth of combat on "Lost."

CNN: Are you fascinated by the technological element of the show? Do you consider it more science fiction or science fact?

Emerson: I like that we’re presenting the age of surveillance, and I think its already upon us whether we like it or not. It’s science fact, just not that much talked about. Jonah Nolan always says, "Once people watch it they’ll never think the same about their cell phone."

CNN: Anything you can tell us about what to expect from Finch?

Emerson: We learn a lot about him right off the bat. There are a fair number of flashbacks for all the characters, but they're different from how they were handled on "Lost." You get to flesh out the details of their past lives, and it helps to let us know what their motives might be.

CNN: What was the reaction you got at San Diego Comic-Con to this new show, and what was it like meeting so many fans of the show already?

Emerson: It was crazy. If you have been on one of the more popular shows like “Lost,” there's just a lot of attention, and fervor brought to bear. And so many people, oh my God! I’ve come to realize I’m not so great with crowds.

CNN: You had so many memorable lines on "Lost," like "You guys got any milk?" Do you have a favorite? Any favorites yet for "Person of Interest" yet?

Emerson: I’ve got some good ones coming up in "Person of Interest." I don’t know if the writers intend for them to be zingers, but they turn out that way when I say them. I like to put a button on a scene. I see humor everywhere. He’s droll, he has a sense of wit. One of my favorites from "Lost" was when I told John [Locke], "If you mean time traveling bunnies, then yes!"

CNN: What brings out your inner geek?

Emerson: My wife would tell you that I’m kind of a geek about history and literary matters. I cannot get enough about Shakespeare and the Elizabethan theater and obscure English playwrights. I can go on about ghost stories. I have my pet literary pursuits. I like some kind of science fiction but was never as dedicated as my wife and her brother are. The Prestons are hard core sci-fi/horror fans and so I take a back seat to them on those themes.

CNN: So is it still possible that we might see you working again with Terry O’Quinn?

Emerson: Oh sure – I would just say that it's been put on hold. It was too good an idea, and I still love the idea of working with Terry some more, we got along very well.