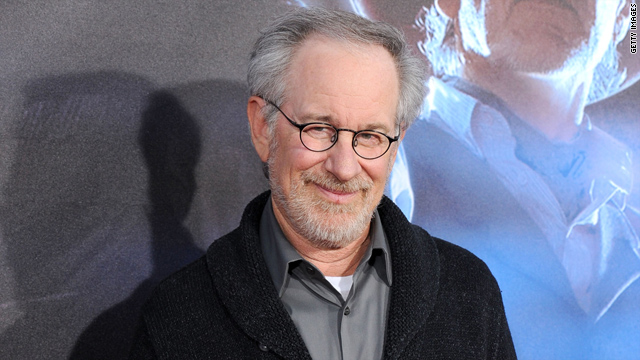 Spielberg: No more changes to my movies

While many fans have been griping about the various changes in this week's new "Star Wars" saga Blu-Ray (Darth Vader's "nooooo!," blinking Ewoks), one of George Lucas' most famous collaborators is telling fans that he is done with tweaking his classic films.

"I tried this once and lived to regret it. Not because of fan outrage, but because I was disappointed in myself," director Steven Spielberg told an audience at Monday night's special screening of "Raiders of the Lost Ark" in Los Angeles.

He said he was "overly sensitive" to those who criticized some scenes in "E.T. The Extra Terrestrial," which led him to change it (authorities chasing Elliott and E.T. no longer had guns, but walkie talkies; one child's profane piece of dialogue was removed), and add some CGI effects when it was re-released in theaters in 2002.

"It was okay for a while, but I realized what I had done was I had robbed people who loved 'E.T.' of their memories of 'E.T.'"

According to Roth Cornet, who attended the event and wrote about it on Screenrant.com, this seemed to be music to the ears of the traditionalist film geeks in attendance (in fact, when Spielberg took a vote, they were overwhelmingly in favor of only releasing the original version of "E.T." on Blu-Ray; and exclamations of "Attaboy!," "I fully concur, Sir Steve" and "Spielberg wins where George fails" flew across Twitter).

"I think the audience was really gratified when he said he wished he had not changed 'E.T..' I know I was," Cornet said. "Though Lucas is perfectly within his rights as Spielberg mentions, we still feel that some part of us has been betrayed by his alterations. The part of us that fell in love with those films feels like our love has been rejected in a sense. That our relationship with the films is meaningless in the face of his desire to keep seeking the very thing that is destroying the genius of what he created - perfection."

Cornet called this tendency an "empty sense of perfection. The beauty of those films is in that magic, the happy accidents, the archetypal themes, and the collaborative energy that defined them."

Fans who disapprove of the changes in the "Star Wars" movies also weren't too happy with the CGI Yoda added to "Star Wars Episode I: The Phantom Menace" in the Blu-Ray version.

"The puppets that became Yoda and E.T. were known friends, they had an organic quality to them (perhaps because they were touched by human hands) and the CGI versions were like shadows of those friends, and for many of us our response was to reject them and ask for a return of the 'real thing,'" said Cornet.

It's this "organic quality" that traditionalist fans want to keep alive in the films they love. "The lightning in a bottle, flaws and all, is replaced by something sleek, and often disturbingly shallow. Rough edges define creations in much the same way that they define people."