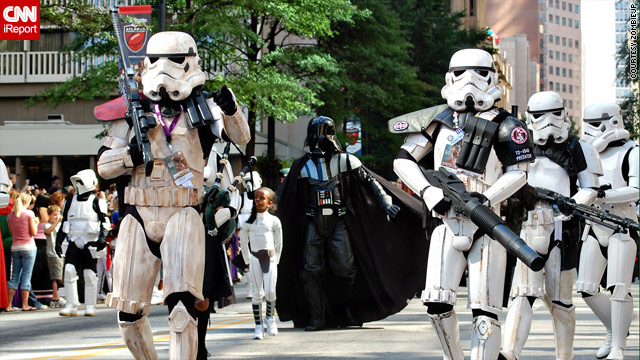 When venturing out into the wooly, untamed wilds of geekdom, it can be difficult to keep all of the different fan genres and sub-genres straight. Fortunately, your friends at Geek Out! are here to help with this handy, dandy field guide to the geeks of Dragon*Con. 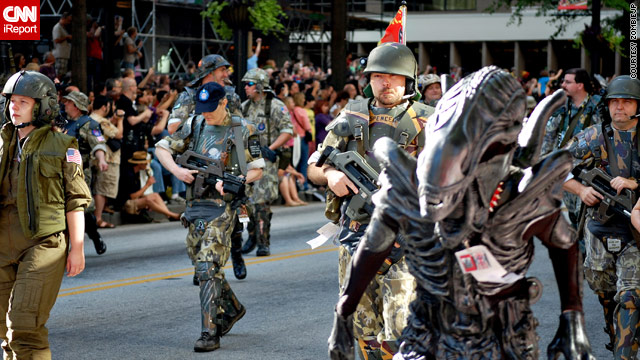 Is there a difference between a photon and a proton torpedo? If you’re even asking this question, you’re definitely not a member of this genus of geek. This species has a legendary propensity for retaining minutia on continuity, military and family hierarchies, and the best type of crystal to use in a lightsaber (Kaiburr, natch.) Some subspecies of this geek tend to exclusively devote their energies to sci-fi-as-allegory, but they have sadly become an endangered species now that Isaac Asimov isn’t around to release any more books.

When seen in the wild: Though traditionally thought of as being a prickly and uncooperative sort, don’t panic! You can easily break the ice with a sci-fi geek by asking for help comparing "Star Trek II: The Wrath of Khan" to Joseph Campbell’s hero’s journey. (Tell them you’re working on a study – there’s nothing they love more than being part of scientific inquiry.) 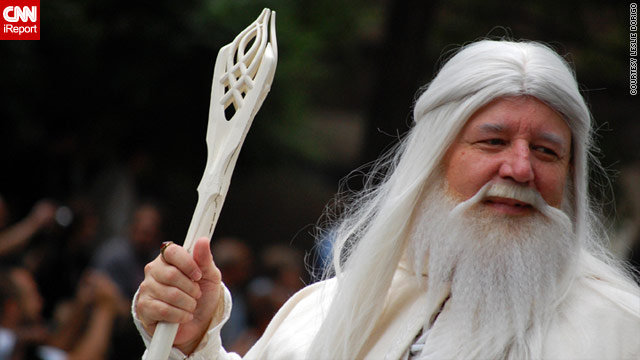 The yin to the sci-fi geek’s yang, the fantasy geek is a sucker for all things sword-and-sorcery. This species enjoyed an initial burst of mainstream integration, owing to the wide popularity of the ur-texts penned by their patron saint, J.R.R.T. Sadly, the years following were less kind, and saw them herded into reservations where they could enjoy the books of Terry Goodkind in peace. In recent years, the fantasy geek has begun to re-emerge into polite society thanks to the stellar writing acumen of their new god, G.R.R.M.

When seen in the wild: The new "Game of Thrones" TV series serves as a good point-of-entry for geeks and non-geeks alike. Simply point out what a great actor Peter Dinklage is (or how impossibly handsome Nicolaj Coster-Waldau is), and you’re in like Flynn. 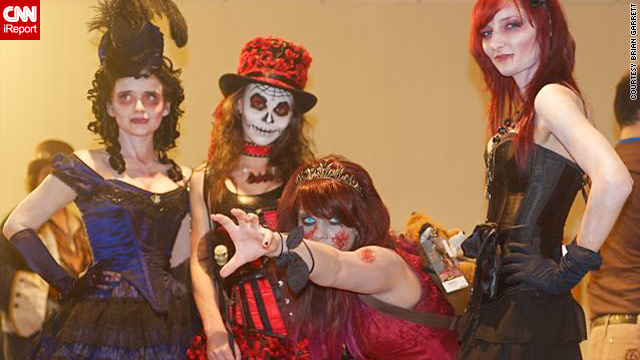 Initially relegated to the darkest recesses of pop-culture and nerd-dom, this endangered species’ population has rebounded in recent years thanks to a popular series of novels about sparkling chastity-vampires. Difficult to distinguish individually from a distance, there are nonetheless some important identifying traits to consider: Color of eyeshadow, shade of their clothes’ blackness (midnight or abyss?), and propensity to quote Nietszche versus Aliester Crowley.

When seen in the wild: Approach only if you’re prepared for an academic discourse on the oh-so-subtle differences between goths and vampires. (See: "South Park" S12E14.) One surefire shortcut is to replicate their mating call by ghetto-blasting The Smiths’ "How Soon is Now" à la that one scene from "Say Anything." 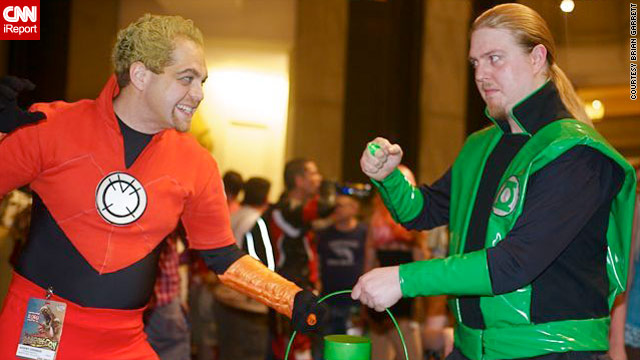 Dark, brooding, enigmatic: These are just a handful of the adjectives the comic geek would like you to think apply to her, thanks to a steady diet of way too many Alan Moore graphic novels. Though the decline in print media has destroyed some of the comic geek’s natural habitats, the comic-movie boom of the last decade has swelled this species’ numbers, ensuring there will be plenty of arguments for years to come over whether Jack Nicholson or Heath Ledger was the better Joker. Can usually be found somewhere at the trade show all weekend, haggling over a dealer’s asking price for a set of near-mint-condition ‘Judge Dredd’ tabloids.

When seen in the wild: Namedrop Neil Gaiman. Seriously. 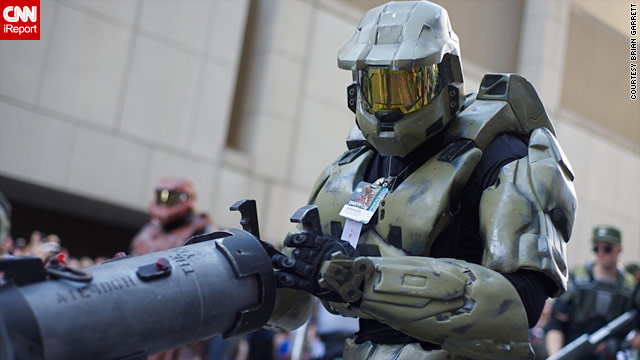 This common species of American videogamer is renowned for the many creative variations of ‘pwn’ they employ in their Xbox Live usernames. (Ex: Al Capwn, My Little Pwny.) Every Labor Day weekend, they break from their ritual of fastidiously checking the "Call of Duty" leaderboards and their "World of Warcraft" auction house listings, and migrate to Dragon*Con. Here, they lock themselves in epic verbal sparring matches over what makes someone a casual or hardcore gamer, and compare notes on how to unlock that damn kill-72,000-zombies trophy in "Dead Rising 2."

When seen in the wild: shout “ZERG RUSH!” through a megaphone. True gamers will be distracted as they keep their eyes peeled for zerglings, allowing you to approach and introduce yourself by complimenting their Grandmaster Battle.net ranking. 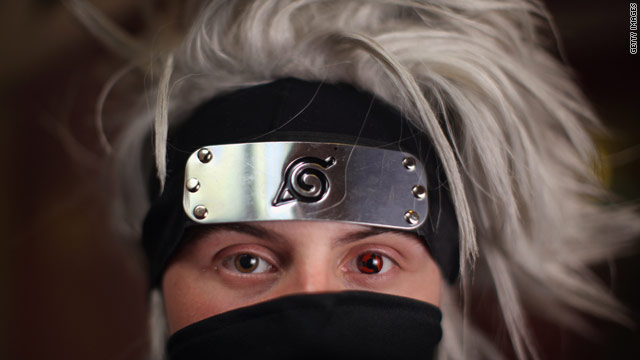 Though Japanese animation is nearly ubiquitous in pop-culture now, a dedicated vanguard of true-blue Otaku remains. These brave souls always torrent the latest episode of "Death Note" without fail, and are ever-present on messageboard debates about whether the subbed or dubbed version of "Cowboy Bebop" was superior. Otaku are becoming exceedingly hard to identify in the wild (thank you very much Adult Swim), so keep an eye out for telltale indicators: Pocky stains on clothing and a wild-eyed look of disbelief when you mention how you much you like ‘Dragonball Z.’

When seen in the wild: Ask if they have any fanfiction they would like to share. Hope you didn’t have any plans for the next two hours! 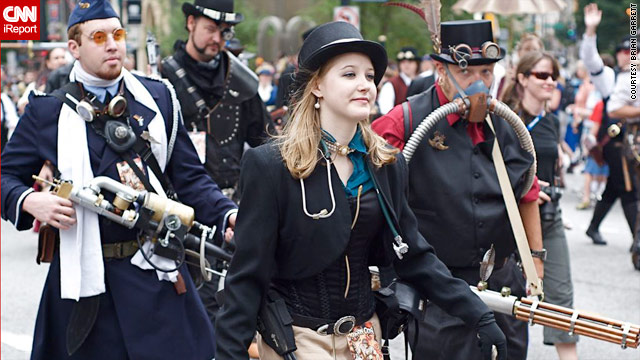 Curious and of unknown origin, this species’ numbers have exploded in recent years, though no one has been able to identify a reason for the population boom. Fewer still have settled on an accepted definition for the group: Many cite novelists H.G. Wells and Jules Verne as the progenitors of these cog-and-watch-face-hungry costumers, but others point to a terrible ‘90s western starring Will Smith as an accepted flashpoint.

When seen in the wild, approach with hands outstretched, bearing an offering of your most whimsical pair of goggles. If the steampunker accepts them, congratulations – you have been given permission to participate in her upcoming DIY stage rendition of ‘Howl’s Moving Castle.’