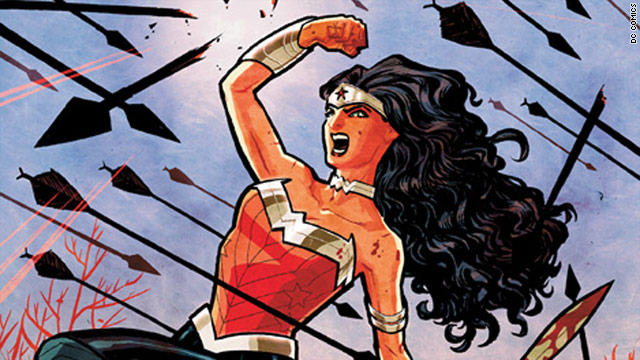 It’s bad enough that Wonder Woman has consistently received second-class-citizen treatment compared to her alleged equals. The Man of Steel and the Dark Knight have had several major motion pictures across several generations, with more on the way. Wonder Woman’s last big moment outside of comics was when Lynda Carter donned the costume in the ’70s. Not to harp on Green Lantern, who is perfectly OK, but it’s ludicrous that he’s the star of a franchise while there’s still no Wonder Woman film in sight.

Whether on message boards or in conversations with other comic book readers, we’ve heard several theories about why this project hasn’t happened, despite some well-documented attempts to make it so. Out of sheer frustration, we’re going to address them, as well as other things that could be behind the foot-dragging.

The Story
More than once, I’ve seen Wonder Woman referred to as a boring character who doesn’t have enough good story material to draw upon. Not true. Several authors, notably George Perez, Greg Rucka and Gail Simone, have created compelling stories based on Diana’s Greek mythology-based origin. She’s been presented as an innocent newcomer to Man’s World, a misunderstood, peace-loving warrior (an interesting contradiction) and a hero adrift after forsaking her own gods. Her comic book history has been uneven, but it’s hard to believe that no one can come up with a winning script from decades of storytelling.

The Appeal
Even in 2011, some consider a big-budget action movie with a female lead to be a risky proposition. But if people won’t pay 10 bucks to see one, why is a Tomb Raider reboot in the works? A film about an iconic superheroine with awe-inspiring powers is hardly a tough sell. If the script and the buzz are good enough, it’s a safe bet that people will line up. Imagine the bullets ricocheting off of her bracelets in 3-D!

The Actress
Granted, Wonder Woman has large boots to fill. She’s a regal, statuesque princess with goddess-given beauty. But if a studio can find someone to play an idealized character like Twilight’s Edward Cullen — or Superman, for that matter — surely there is a dazzling unknown with the right look and the acting chops to play Wonder Woman. Catherine Zeta-Jones would have been perfect 15 years ago, and she’d still be wonderful as Diana’s ageless mother, Queen Hippolyta. The point is, she’s out there if a studio is willing to look.

The Costume
Wonder Woman’s famous wardrobe change from star-spangled briefs to dark pants earlier this year was a nod to modernity and practicality. Though we liked the briefs, going with pants might be one way to address the concern about her outfit being dated or looking campy. Bright, primary-colored costumes are tricky to adapt for the screen because they have to be instantly recognizable without coming off as silly. However, it’s probably easier for an actress to get away with wearing a patriotic bathing suit if she has the right presence. Even today, Christopher Reeve looks commanding in a late 1970s interpretation of Superman’s costume. Why? Because he was so utterly perfect for the role.

The 2009 direct-to-DVD, animated Wonder Woman movie was very well done, but it’s just not the same — especially when so many other superheroes are starring in cartoon movies and TV shows, and live-action films. If you want proof of the demand, just look around the Internet, where her fans have created their own movie posters and consistently expressed a desire to see Diana’s story in theaters. Even Beyonce wants in, saying she’d be happy to wear the tiara.

Summer 2011 yielded a film feast for comic book fans, and next year is shaping up to be even better. But as long as Wonder Woman’s invisible jet is idling on the runway, there will always be something missing.