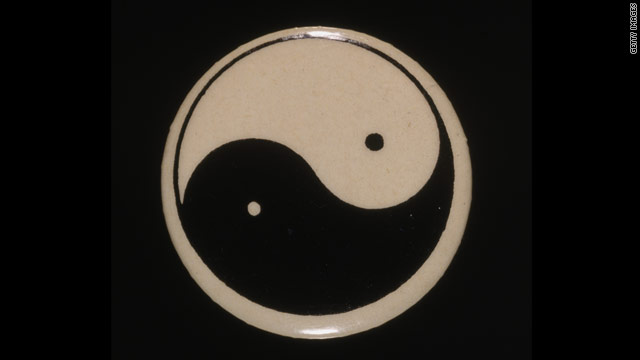 The editor for the acclaimed feature documentary "Best Worst Movie," he also wrote – and will be sharing directing duties on – "Zero Charisma," a film about a "Dungeons & Dragons" nerd whose gaming universe is invaded by a hipster.

Matthews is a self-described nerd.

Like the main character in his movie, he's a "D&D" player – he created a club for it in high school – as well as a dedicated sci-fi enthusiast and "Teenage Mutant Ninja Turtles" fan. His "nerdery" made it difficult to be popular as a kid, he said. While he may be OK with that now, he said he understands why some nerds may not take well to hipster neo-nerds: Nerds want to be recognized for being experts at their passions, whether it's for science for gaming. Hipsters, through their self-presentation and interests, want to be part of the excluded uncool kids.

Although he credited hipsters with being curious, he said their interests as more fashion than substance. The nerd vs. hipster animosity – at least in his movie – exists partly because hipsters haven't paid the social stigma dues of being committed to a nerdy passion.

Seeing a hipster wearing a "TMNT" vintage tee buoyed Matthews' belief. "I got made fun of for having those, and now you're cool and have that. Is that fair?" he said.

Like poles that do no attract
Philip Zoshak, a 23-year-old literacy nonprofit worker in Orlando, Florida, agreed that nerds have to pay social stigma dues. However, he referred to it as his "nerd pride." Zoshak, a history, gamer and fantasy nerd, said when he thinks of nerds, he thinks of the skinny, awkward kid with glasses and adds, "I personally fit that bill."

Zoshak said he doesn't have nerd rage toward hipsters, but does attach a negative connotation to them because they are co-opting, not adopting, nerd culture.

"The idea of the hipster is to be passionate about being antisocial," he said. "For nerds, there's no choice but to be on the outside looking in."

This is the crucial distinction between hipsters and nerds, said Lisa Wade, Ph.D., a professor of sociology at Occidental College in Los Angeles, California.

Wade also runs the Sociological Images website, and focuses her research on how people create social differences within groups. She examines groups like nerds and hipsters to see how subcultures emerge or are actively cultivated, and to study the experience of being different.

For example, she said a hipster can take off the thick-rimmed glasses, but a nerd cannot shed what they've grown into as an outsider. Compared to hipsters who are self-excluding and could fit with the mainstream if they so chose, this cultural critic calls nerds actively excluded; "authentically misfits."

"They're stigmatized; they're seen as not very attractive, as socially inept and overly interested in things that nobody else is really passionate about," she said.

Even though nerd culture has evolved over the years (computer nerds are only a few decades old, for instance), nerds keep many archetypal hallmarks. But hipsters historically change – often – in reaction to the mainstream – and that leads some to question how authentic they are, Wade said.

"There is something entirely genuine in a nerd that you will not find in a hipster," Hayley Smith, a 23-year-old marketing professional in New York City said. She is also, probably, a hipster.

But Smith won't openly identify herself as a hipster. She said to do so, to say you are hip, is the antithesis of the concept – it's used as a derogatory term in her social circle. But if one were to look at her and her friends, "we would be called hipsters," she said.

Smith said she finds it appealing to re-appropriate things once seen as lame, such as mustaches, short-shorts and "grandma shoes" thereby making them cool.

"It intellectualizes something that is not intellectual," she said. "It turns the uncool into the cool; thus, if you have the power to make the 'uncool' cool, then you must really be someone cool. Get it?"

The context of cultures
Nerds and hipsters are similar in that they tend to obsess over the technical details of a pursuit – computers, fashions, steam punk accessories, etc., said Lee Konstantinou, a new faculty fellow at Princeton University in New Jersey, and Post-1945 literature and culture expert. He finds it “socially relevant" to compare them because of the two groups’ differing motivations.

Konstantinou explored the hipster subculture at length in "Hipsters and the New Gilded Age" for Stanford University's "Arcade" website and his "coolhunters" article in Duke University's "boundary 2" journal.

"Nerds geek out out of a genuine love of – or obsession with – whatever it is they're geeking out about," he said. "Contemporary hipsters – though they may often sincerely love what they geek out about – are also concerned with opposing the mainstream, so they're motivated by a social desire to distinguish themselves, to be quirky or hip or different from everyone else."

Yet he doesn't think hipsters intend to be disrespectful to a community they buy into. They are approaching nerd culture with "authentic but different" motivation, he said. So, if a nerd is interested in the technical details of the way a computer works for its own sake, the hipster as being motivated by a social drive to be distinct, he said.

"Nerds are useful to hipsters only because they are actively stigmatized," she said. "When hipsters appropriate nerdness, they are saying 'We are so not mainstream that we embrace the very thing that the mainstream rejects.'"

Daniels is a hipster nerdy about astrophysics and "Mortal Kombat," among other things, and views hipsters as more diverse than nerds. She says hipsters are progressive thinkers who want to be seen as unique individuals and "reject culturally ignorant attitudes of the mainstream."

In her opinion, hipsters are activists affecting change through a rally and alter cultural trends, but the nerd is offering change via contributions to government and the sciences or technology.

For Matthews, that homage would not have been unwelcome when he was younger.

"Growing up a nerd, you would have loved to be considered cool or would love to be stylish, but it was just kind of out of your realm," he said. "As much as nerds might hate hipsters, there's probably a little bit of envy."