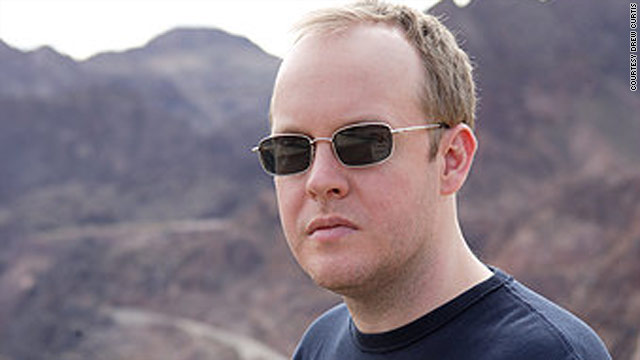 Recently, my company Fark.com, was sued for patent infringement. The patent itself was ridiculous, but even better – it didn’t apply to us.

Normally, I wouldn't be able to talk about the details of this kind of lawsuit. Terms of patent lawsuit settlements are usually bound by ironclad nondisclosure agreements. But in the last round of settlement negotiations we asked to strike the NDA provision. They agreed (and to the attorneys out there reading this, I'm as baffled as you are).

Striking the NDA was crucial because I wanted to be able to tell everyone what really happened: we didn't pay them a single dime.

The patent covered a method for inputting news releases into a web form, which would then compile the news release and email it to media outlets. Now, aside from the fact that a ton of prior art exists and that the patent should never have been awarded in the first place, Fark and all the other websites named in the lawsuit don't produce "news releases".

In the world of journalism, the term "news release" is equivalent to "press release" – the patent itself equates the two in the opening description. Could a judge have ruled otherwise? Sure. They've been known to rule that the sky is green – which is why this lawsuit was dangerous.

As much as I'd like to fight the good fight, we reluctantly decided against pursuing a counterclaim against the patent holder. Too expensive–as in a couple million dollars too expensive, years of legal wrangling, and no guarantee of recovering all of the spent money by the time it was over. I sincerely hope someone still in the case with deeper pockets pursues these guys. I'm happy to help in any way I can.

You can read about the amusing end of litigation on my blog (or you can watch the Taiwanese News animated take on it provided you won’t get fired if a cartoon butt shows up on your computer at work). Short version: we paid nothing AND got the nondisclosure agreement struck so I can tell everyone everything about it. It’s a highly unusual outcome.

A lot of people know a little about the general (non-patent) legal system. The main thing they remember is the phrase “innocent until proven guilty”. For patent litigation, you can reverse that: guilty until proven innocent.

Of course it doesn’t say that anywhere in the law, but the fact of the matter is, if someone sues you for infringing a patent they obtained elsewhere, the burden of proof is on you to prove that you’re not infringing.

The reason for this is related to a practical issue with how our legal system works: it is far more expensive to prosecute a lawsuit than defend against one, especially when the defendant has vast resources at its disposal. Large corporations can successfully defend legitimate lawsuits by dragging them out for years.

Patent litigation was built around the assumption that most lawsuits would be brought by small inventors whose inventions had been ripped off by large corporations. To protect them against the practice of defense through attrition, patent law was written with one huge baseline assumption: the patent approval process was so effective and accurate that any lawsuits brought involving patents would more than likely be legitimate.

The people who wrote patent law had the best of intentions but unfortunately the system is broken. It’s rife with patent trolls filing lawsuits just to make money off settlements. Things are so bad that recently a tech consortium spent 4.5 billion dollars to buy a stockpile of patents just to ensure that no one else bought them and tried to sue them with it!

It takes months before a patent troll has to even explain where you infringe on their patents. In our case it took six months of litigation to finally reach the point where the plaintiff had to disclose exactly how Fark.com infringed on their patent.

People smarter than me have proposed many solutions to the patent problem and I don’t have any new ideas there. However I would like to propose one solution: large corporations with the means to fight a bogus patent lawsuit should fight. Burn these trolls into the ground.

I couldn’t do it in Fark’s case because we don’t have the financial means to pursue a counterclaim. But think about it, patent trolls exist because it’s easy to make money being one. If it suddenly becomes hideously expensive or time consuming, they’ll think twice about pursuing marginal patent claims like the one I had to deal with recently.

Most patent lawsuits are settled early because it’s cheaper to pay up than litigate. However I’m willing to bet that after a few success stories, patent trolls will start avoiding filing lawsuits against companies that won’t just roll over and cough up a fat check.

Apple recently announced that it will pick up the tab to fight patent trolls who sue people who write iPhone aps – I have to believe that when patent trolls with flimsy claims examine a list of potential targets they cross anyone who qualifies for Apple protection off their list of targets.

In short, don’t negotiate with terrorists – nuke them from orbit.